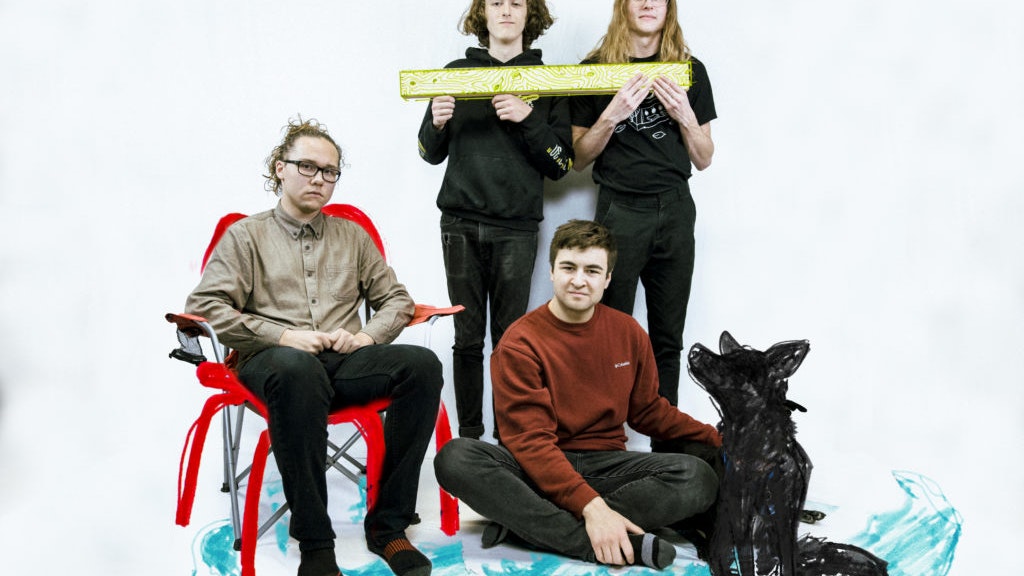 Since their inception, Michigan’s Dogleg has gone from a solo bedroom-emo dream to a mature and fierce four-piece punk force, screaming their way out of basements and onto the road with relentless tour schedules, sharing the bills alongside the likes of Joyce Manor, Foxing, Oso Oso and more.

Retirement Party is an indie punk band rooted in Chicago, Illinois. The band is fronted by Avery Springer and accompanied by Eddy Rodriguez on guitar/bass, and James Ringness on drums. Characterized by stream of consciousness lyrics, wailing guitars and intricate drums, Retirement Party crafts an upbeat and exciting sound.

Produced in Philadelphia during quarantine with Joe Reinhart (Hop Along, Beach Bunny), The Sonder Bombs’ sophomore LP Clothbound captures a band burning at both ends.