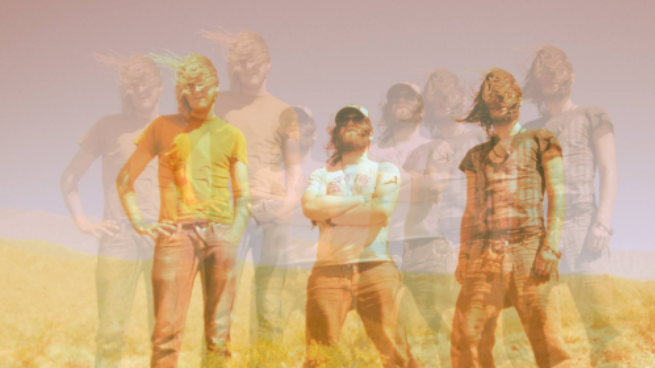 Acid Rooster from Leipzig blast off into space like a textbook sonic joyride straight out of Alan Freeman’s The Crack in the Cosmic Egg. With a sound evoking the spirit of German kraut and psych rock pioneers, the instrumental tracks on their partially written and improvised albums often oscillate between slow-burning, spaced out jams and mind-bending climaxes that have earned them a stellar reputation for their captivating live shows. Praised by critics for the soaring cosmic drone-riffs and monolithic rhythm section on their self-titled debut Acid Rooster (2019), the band soon got invited to a string of shows and appearances at renown festivals such as LeGuessWho?, Off the Radar and Roadburn where they shared a stage with bands such as Kikagaku Moyo, Acid Mothers Temple or Föllakzoid.