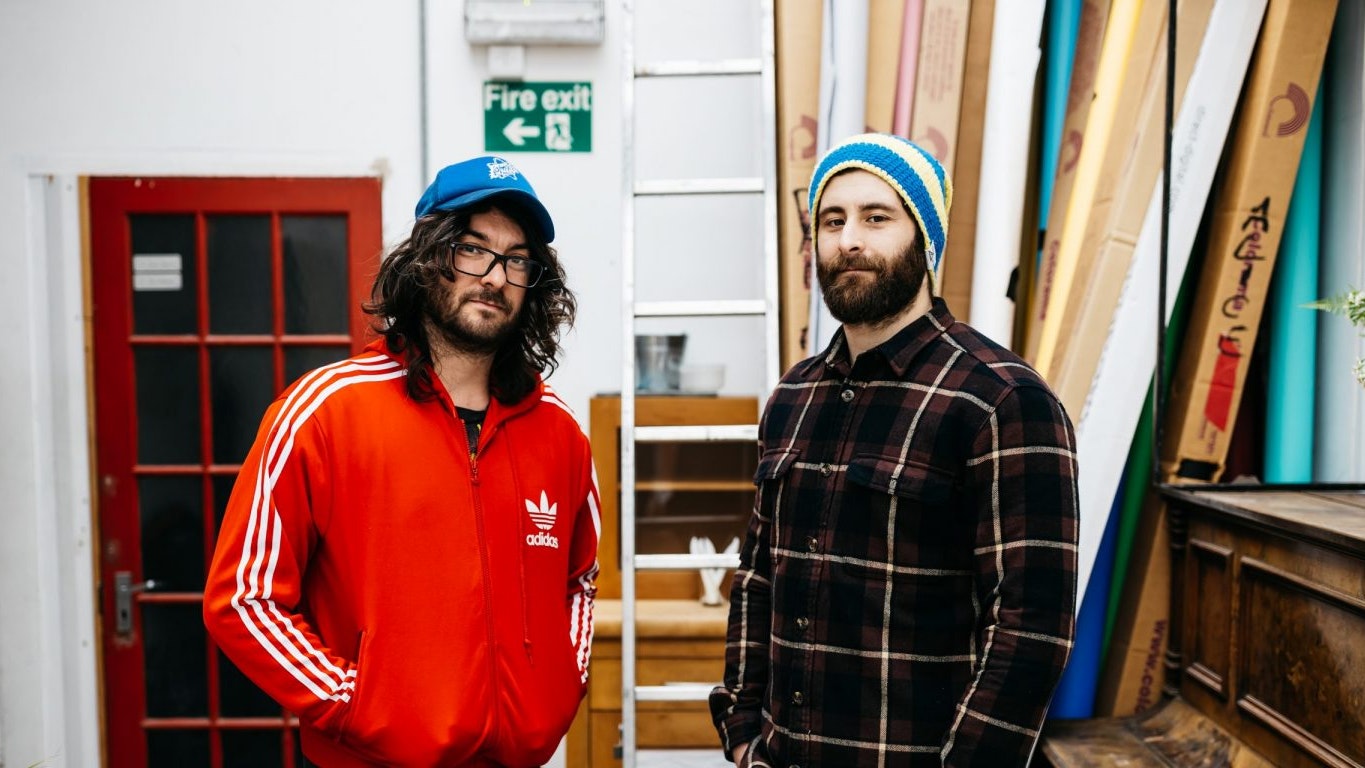 Constructed from the brains and limbs of Wayne Adams and Henri Grimes, Big Lad is difficult to frame in words and perhaps much better served by their actions. Their live show having been continually captured, cropped and chopped over the years since their formation in 2015.The project was rather appropriately founded off the back of a chance email, when Drummer Grimes (formerly Shield Your Eyes) suggested that the duo collaborate on a crossover project, having heard Adams’ vast Breakcore back catalogue. Adams had, somewhat serendipitously, been busy writing a Drum Trigger programme shortly before the email had hit his inbox and he jumped at the chance to test the creation in a practice room. With Grimes strapped into this new system, songs started to appear thick and fast, and Big Lad was swiftly born.