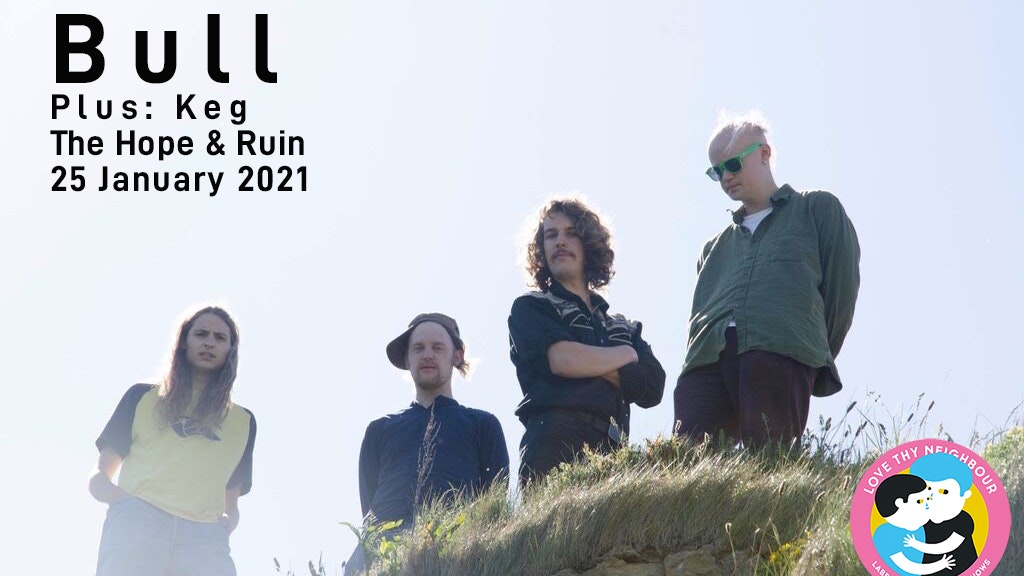 CANCELLED: Unfortunately this show has been cancelled. Ticket refunds available from point of purchase.

Formed in 2011 by vocalist and songwriter Tom Beer and guitarist Dan Lucas, Bull’s mission is simply to make the music they wanted to listen to, inspired by their 90’s heroes such as Pavement, Yo La Tengo and the Pixies. The rest of the band came together through a mix of friendships and happenstance. Drummer Tom Gabbatiss joined after he and Tom jammed together in bars while they were back-packing around Thailand, and Kai West had previously used to jump up on stage with the band and “Bez” (verb meaning to dance badly while intoxicated) before they eventually let him play bass.
In recent months, Bull have been gaining some strong momentum, announcing their signing to EMI Records, alongside Young Thugs, releasing 2 singles, Green and Disco Living that has seen them played on BBC Radio 6, BBC1 by the likes of Steve Lamacq, Huw Stephens, and Chris Hawkins.

They are releasing an album beginning of 2021, and are going to play as many rock shows as possible.