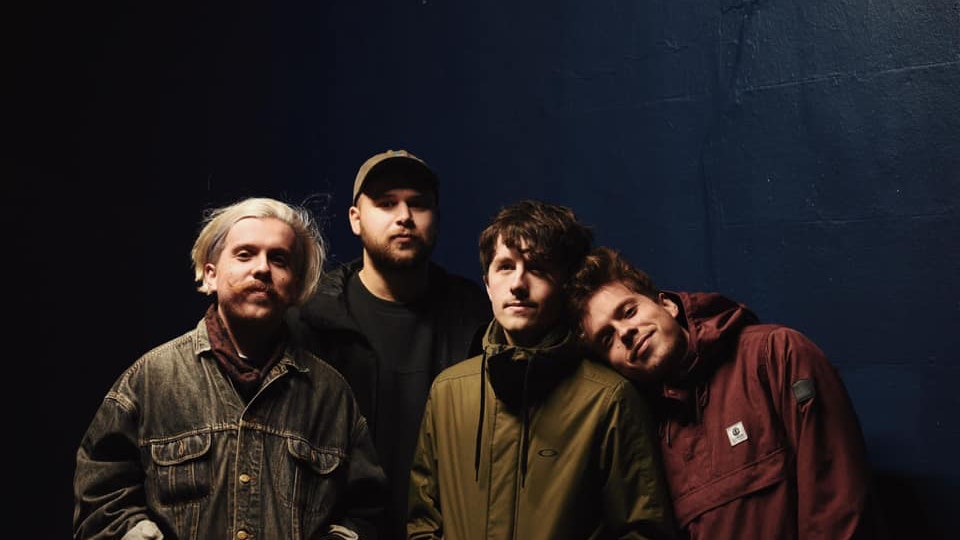 POSTPONED: Please note, this show has been postponed & news on a new date will be coming very soon.

Originally formed in Somerset by twin brothers Ivan and Frazer, the line up was complete in late 2015 after meeting James and Dean at university in Guildford.
China Bears have spent the last few years playing extensively around the UK, with notable support slots for bands such as: Genghar, The Districts, To Kill a King, The Howl & The Hum, as well as many more.

After self releasing 3 singles China Bears teamed up with Fierce Panda Records for the release of their debut EP I’ve Never Met Anyone Like You’, picking up attention from the likes of BBC Introducing, BBC 6 Music, BBC Radio 1 and Radio X.
China Bears head into 2020 with a number of headline shows around the UK, support slot with October Drift and Geneva and head to USA for SXSW.
https://chinabears.bandcamp.com

Plus support
Wild Cat Strike: On their full-length debut album, ‘Rhubarb Nostalgia (out via Small Pond (UK) and Through Love Rec (Ger)), Brighton four-piece Wild Cat Strike channel their gleeful sense of cacophony and flair of sonic abrasion into an engrossing album of off-kilter indie-pop songs that hook on the heartstrings as they crisscross in and out of chaos.
https://soundcloud.com/wild-cat-strike