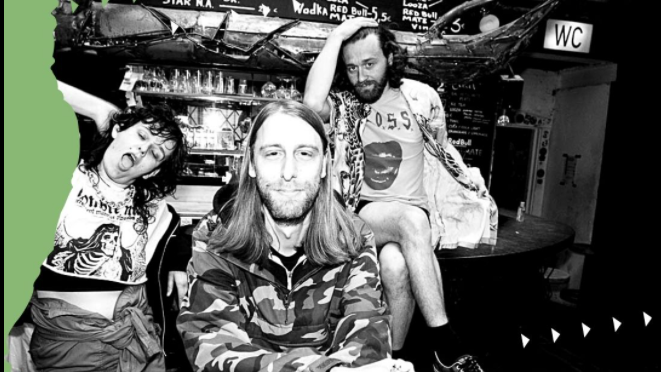 You can’t start a band called Cocaine Piss and be serious at the same time, can you? It would be the equivalent of naming your kid something like Kick Me In The Head Throughout Life Whenever Possible Smith. It’s not exactly the best commercial boost to a new thing. But ever since coming into twisted existence in 2014 in the Belgian city of Liège, pretty much as a bad taste joke, Cocaine Piss never really had time to consider such fine details, like having a band name that you can safely say in public, or just having any kind of plan for anything. They just revved the engine of the piss rocket and watched it launch, and before they knew it, it was flying sky-high.