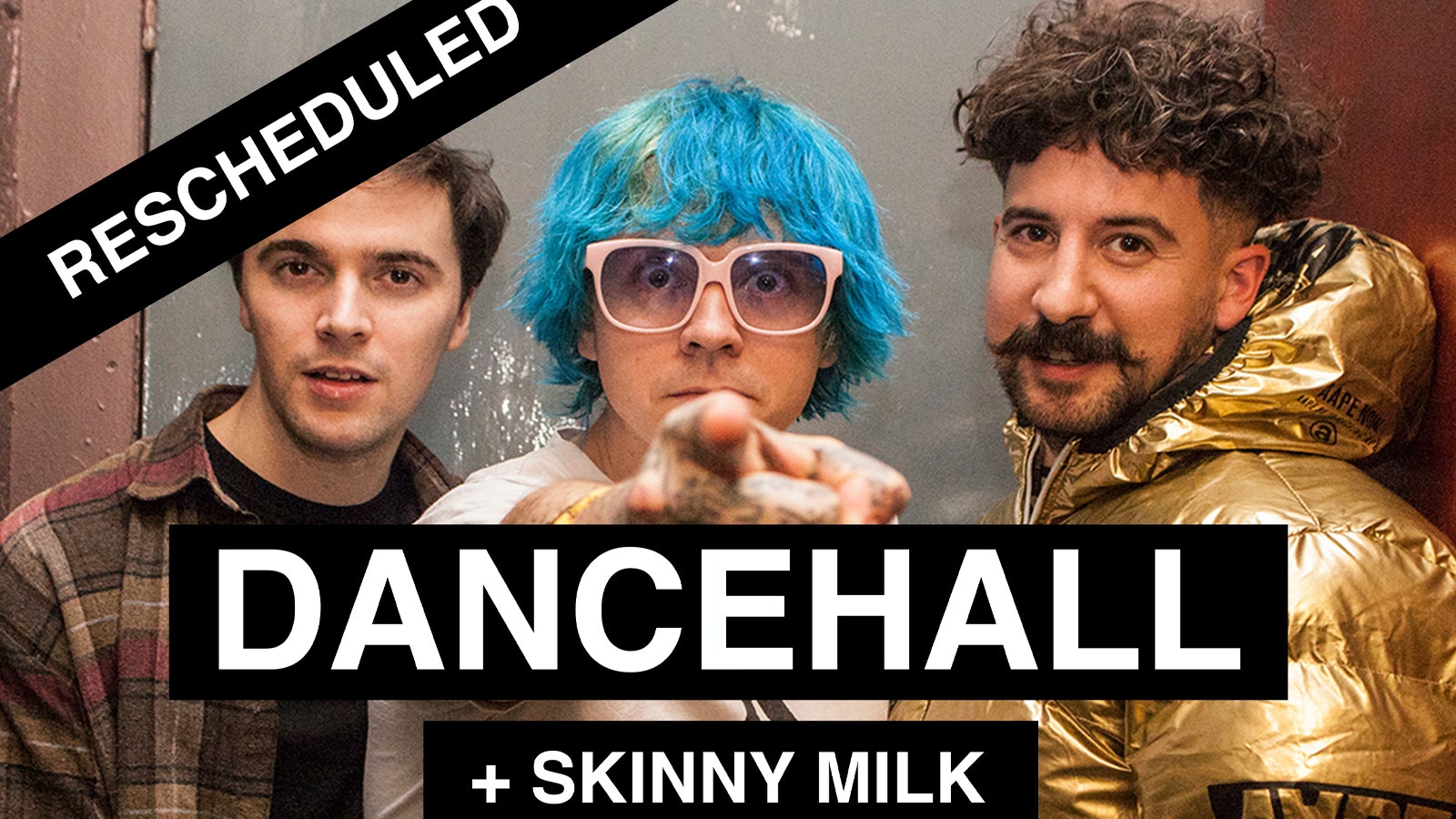 *** UNFORTUNATELY THIS SHOW HAS BEEN CANCELLED 🙁 ***

Formed in 2016 by Tim Smithen (vocals/bass) with friend Craig Sharp (guitars) originally as a bedroom project, the duo amassed hundreds of songs before Dave Keeler (drums) joined to give the songs a burst of energy fit for the stage.

Having self-released their debut album in June 2018 on the band’s own label Vibe/Anti-Vibe, DANCEHALL have toured their energetic live show across the UK and Europe earning praise from Wonderland, DIY, Clash Music, Dork Magazine Drowned in Sound and radio airplay from indie-rock tastemakers BBC 6 Music’s Tom Ravenscroft, Steve Lamacq and John Kennedy at Radio X, among others.

Having a reputation for an energetic live show has earned the band support slots with legendary punk bands such as Kurt Cobain’s favourites Shonen Knife, Texan post-hardcore heroes …And You Will Know Us by the Trail of Dead as well as with their UK-based contemporaries Slowcoaches and False Advertising whilst touring the UK and Europe.
dancehallband.com