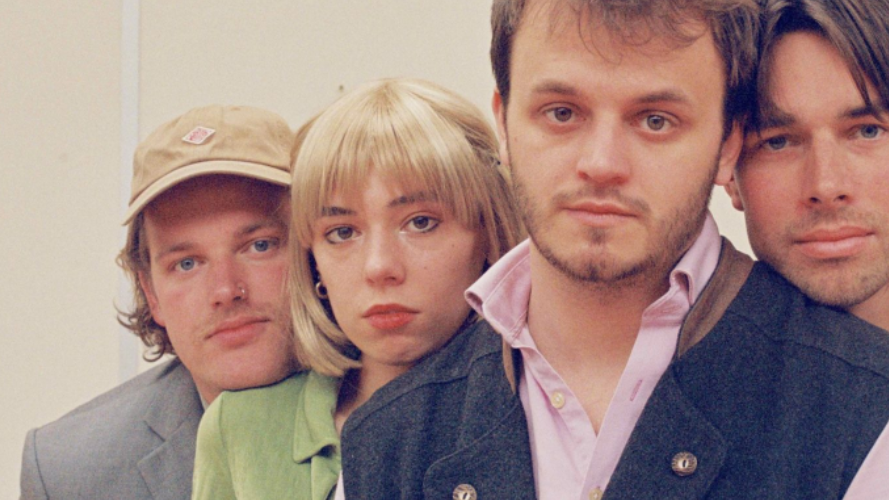 Nottingham indie newcomersDivorceshare pop-infused second single ‘Pretty’, set for release May 31st via tastemaker London labelHand In Hive (TV Priest, Wyldest, Blackaby).Following on from explosive and playful alt-country debut ‘Services’, with acclaim generated throughout the press landscape (DIY, So Young, The Line Of Best Fit, Clash), the band turn down a shadier fork in the road with latest effort ‘Pretty’.‘Pretty’ is a personal statement from the perspective of headline, and what it means to be reduced to an act of desperation. This isn’t to say the lyrics are a lecture to those who choose to listen, rather a proclamation of devotion between two lovers with their heads in the pillory, unfazed by the bombardment of rotting vegetables.The band cite a wide range of influences such as LCD Soundsystem, Mitski, Big Thief and Tom Waits, as well as more off-beat choices including Americana band, The Felice Brothers.With slots already ticked of alongside new label-mates Jemima Coulter, A.O. Gerber and Wyldest, the quartet are readying further live dates as they look to capitalise on their compelling introduction to the indie scene.