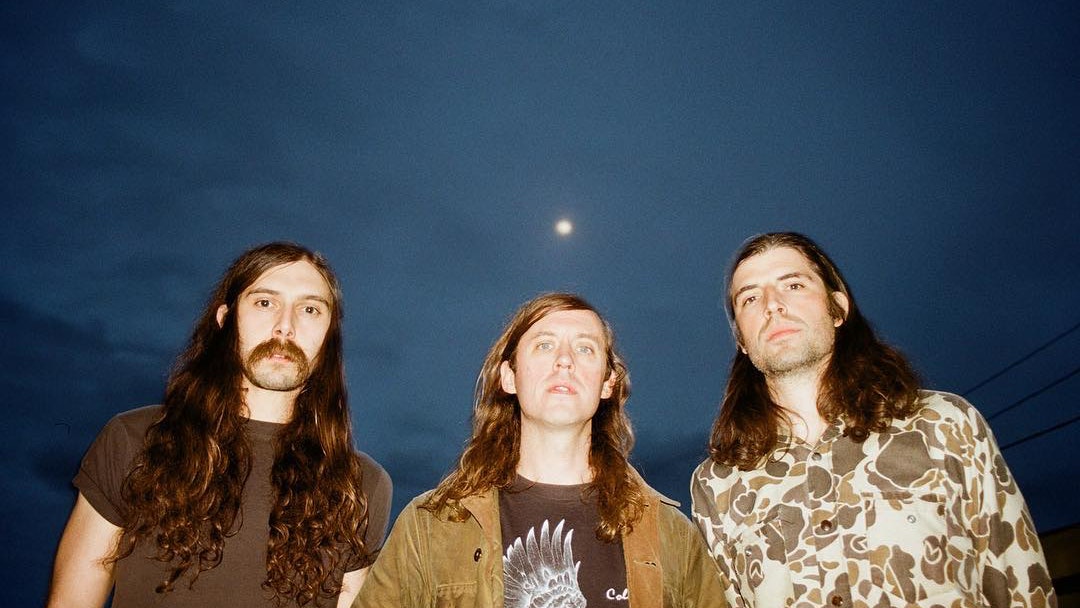 On No Keys, Dommengang channel the wailing, psych-rock abandon of their previous work into a lean, dark-edged record colored by loss. Guitarist Dan “Sig” Wilson, bassist Brian Markham, and drummer Adam Bulgasem (Black Mountain) have grown closer even as they live further apart. Shared personal loss and experience playing and touring has made time together both an escape, and a release. No Keys captures the raw energy of playing together: soaring, blues-rock made all the more potent by heartfelt lyrics that address loss and anxiety.

Dommengang’s spiritual home of LA makes its mark on No Keys. The songs are fit for the late-night drive into the California desert, a real and metaphorical escape for a rootless band always searching for a balance between the city and the rougher expanses of nature. That restless spirit drives No Keys, finding voice in Bulgasem’s superb skill behind the kit, and the fuzzed-out guitar riffs of Wilson and the lyrics of Markham provide intense, cathartic release.

No Keys finds rock’s primeval power alive and well and answers its call. It is a soundtrack to a personal journey or to your next road trip. It speaks to the explorer, and to the abandon of those willing to go all in. It is for the rocker giving it all, living out of a van, without a key to a permanent home.