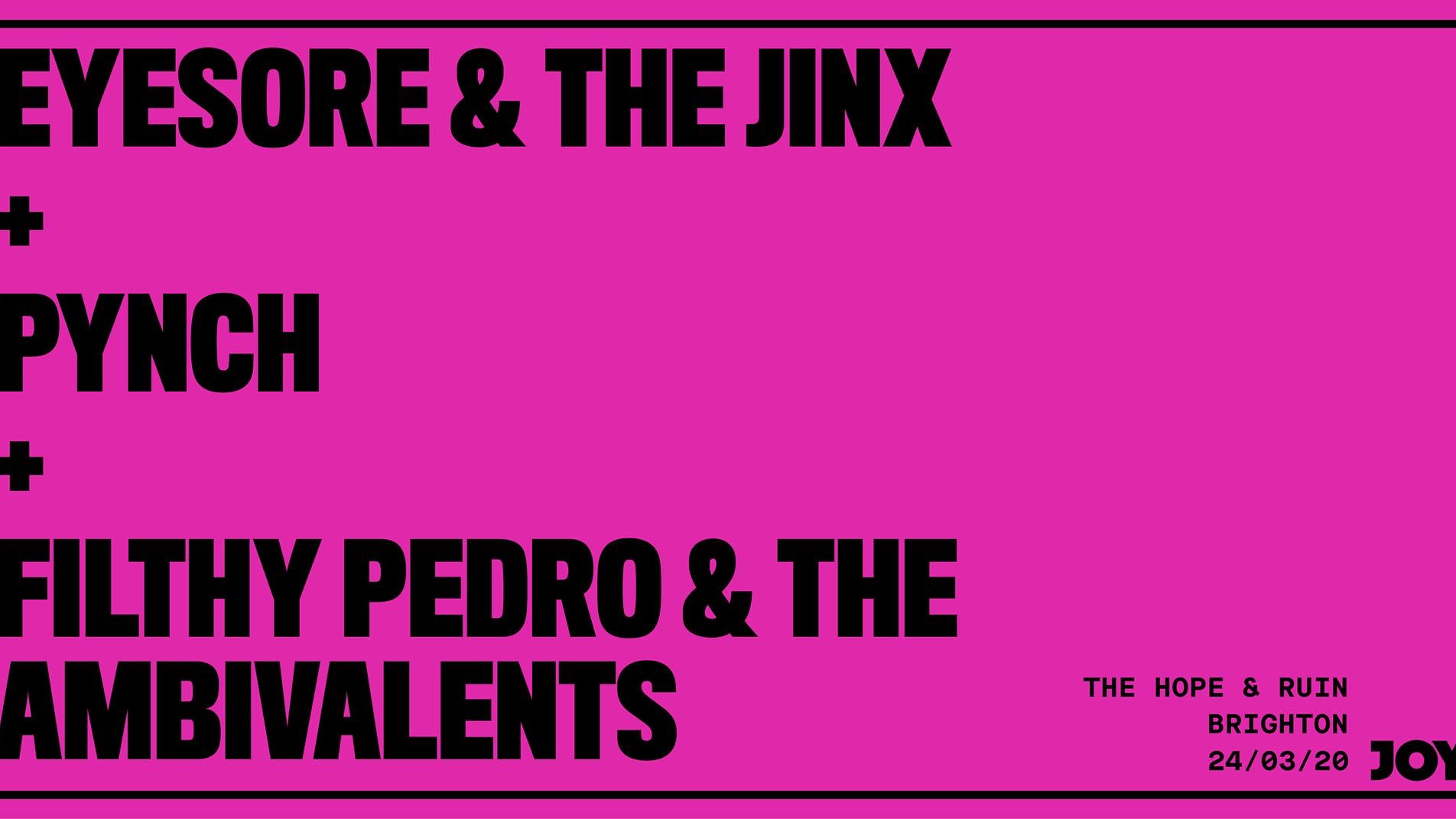 *POSTPONED* Eyesore & The Jinx + Pynch + Filthy Pedro and The Ambivalents

POSTPONED: Due to the ongoing COVID-19 crisis, this show is being postponed. More details on a new date soon.

Joy. are proud of present a night of new music from two of the UK’s most exciting emerging acts alongside antifolk pioneer Filthy Pedro:

Their first three singles saw them commenting on social media isolationism and an overall doomed feeling in society due to the current political landscape. Twitchy, socially minded, acerbic post-punk has always felt natural for Liverpool trio Eyesore & The Jinx. There was never a plan to be a ‘political band’, it’s purely the result of writing about what they see and feel in their lived experience.

Pynch started life as a set of demos written and recorded by Spencer Enock in his parent’s basement in Ramsgate. Praised by BBC Radio DJ Abbie McCarthy for their ‘super cool, lo-fi indie vibe’, his songs were played on both BBC Introducing and Radio 6.

• Filthy Pedro and the Ambivalents •

After gaining attention for setting up London’s antifolk festivals in the mid-2000s, the Anglesey-born songwriter’s single Rock ‘n’ Roll points was championed by Lauren Laverne and Marc Riley on BBC 6 Music, while Filthy featured as a regular on the short-lived Channel 4 music show Transmission.

Now based in Brighton but loosely affiliated with the Brixton scene, the band have recently played alongside the likes of Fat White Family and Warmduscher.