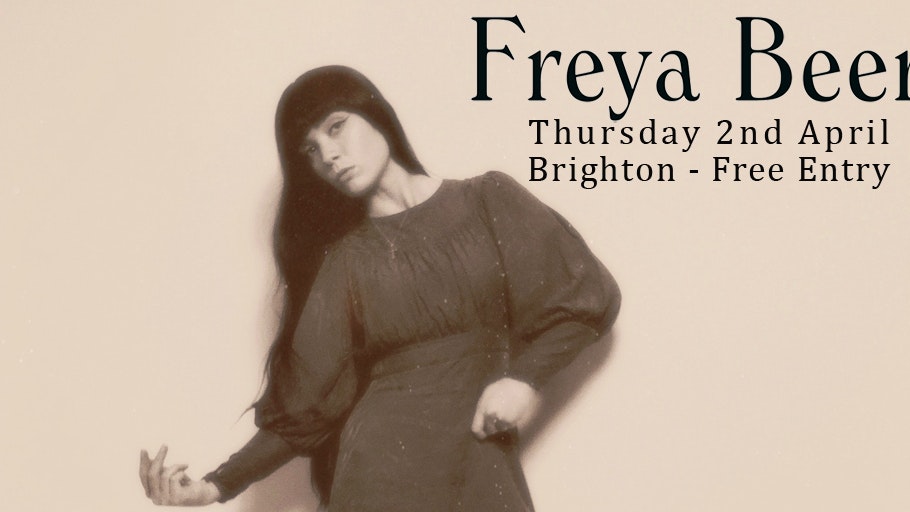 Originating from West London but now residing on the south coast, Freya Beer deftly mixes poetical lyrics with a distinctive sound, often drawing influence from the likes of Patti Smith, Bat for Lashes and Nick Cave and the Bad Seeds.

In 2019 Freya launched her own label Sisterhood Records and released “Dear Sweet Rosie”.
The single was recorded in Manchester and accompanying Freya is ‘I Am Kloot’ Andy Hargreaves on drums. The song draws from a number of literary influences including Allen Ginsberg’s ‘An Asphodel’ and Anna Sewell’s ‘Black Beauty’.

Renowned journalist John Robb immediately made Freya ‘New Artist of the Day’ on Louder Than War magazine due to her ‘brilliant captivating voice’ and ‘a raw and thrilling new talent’. Robb even predicting a potential Mercury Prize in the near future.

Support shows followed with Stella Donnelly, Brix & The Extricated, Kristeen Young, who’s notably known for her work with David Bowie and Dave Grohl, and Dr. John Cooper Clarke the acclaimed punk poet.
Freya has been made a firm favourite by Marc Riley at BBC6 Music and will be playing a live session for his Radio 6 show on 17th February in Manchester.

Seeing her live, Freya holds her own on vocals and electric guitar, accompanied by a drummer, making a

huge and mesmerising sound that leaves the audience captivated.
Freya is currently in London recording her follow up single, with a lot more music to follow in 2020.