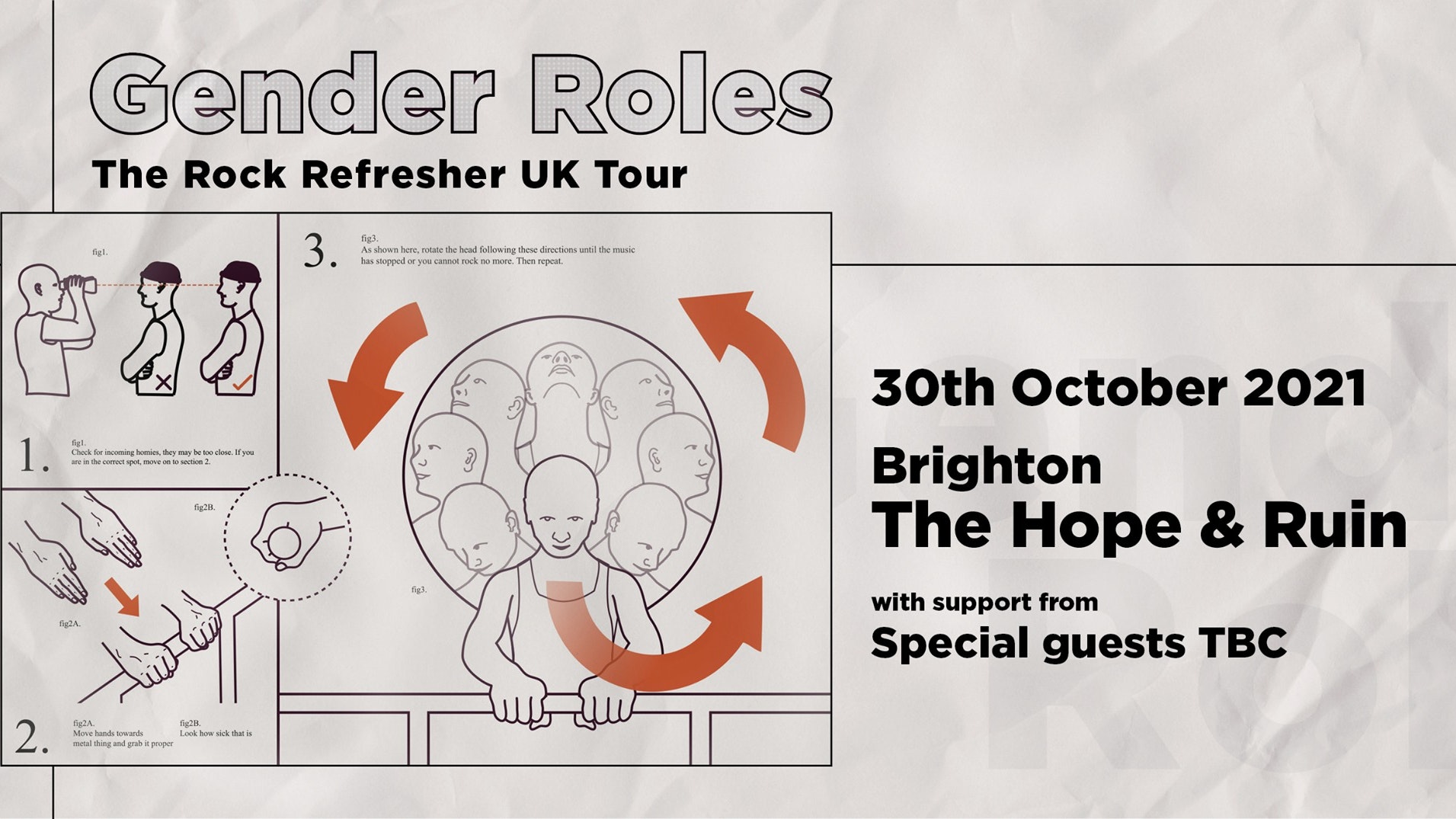 After a whirlwind 2019, Brighton based Gender Roles return in October 2021 with their ‘Rock Refresher’ UK tour. 2019 saw the band release their debut album PRANG through Big Scary Monsters Recordings, chaotic sell-out headline shows across the UK & Europe followed and the year ended triumphantly with a live Maida Vale Session for Annie Mac on BBC Radio 1. Since then, the band have been working tirelessly in the studio on the follow-up album to PRANG. With album 2 safely in the bag, the band look forward to both debuting new material live in October – as well as playing those fan-favourites once again!