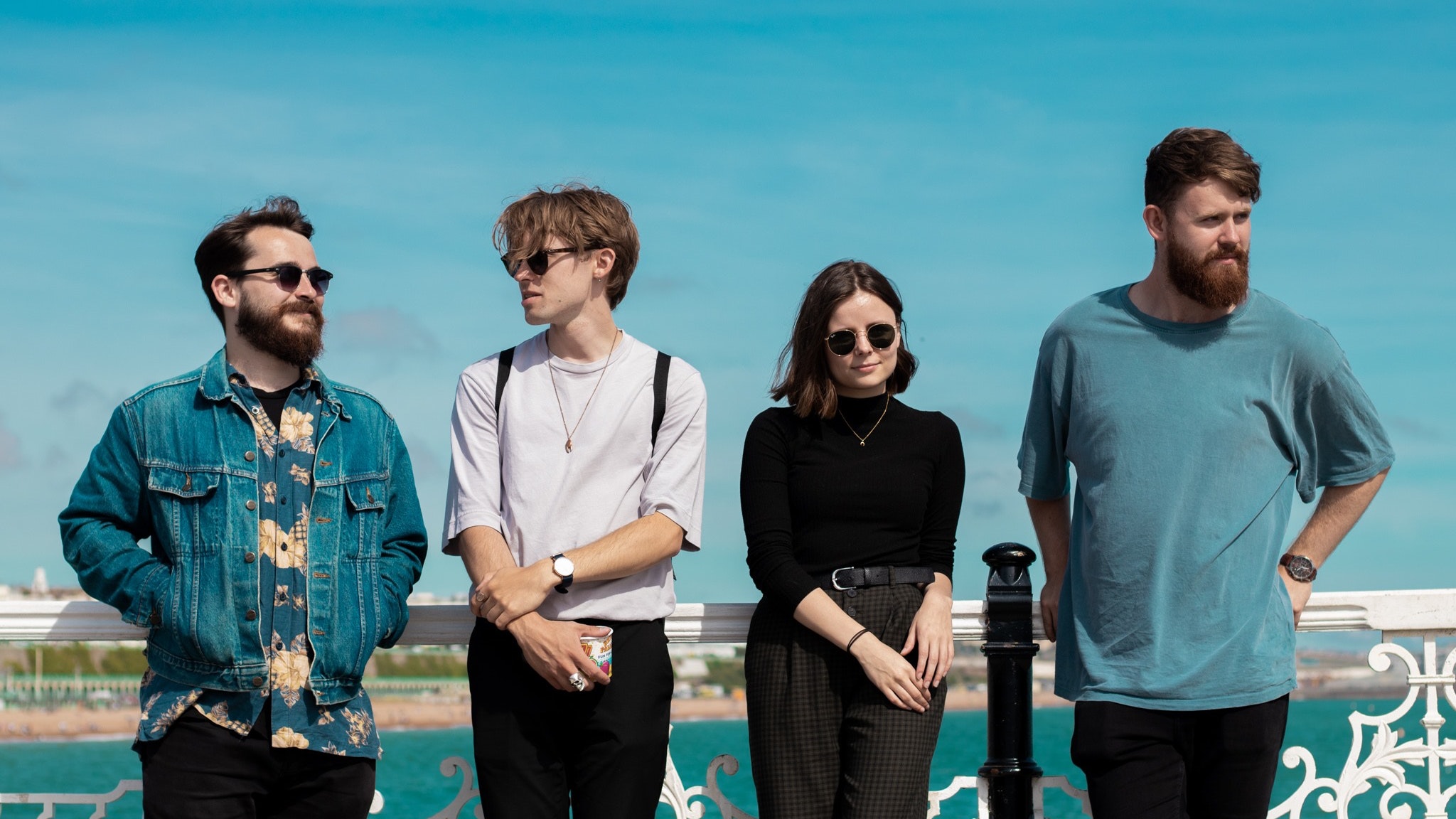 Giant Peach + Me & The Moon

The indie quartet return to their Brighton hometown for their first gig of 2020 with a plethora of new and exciting material. Expect an evening full of fuzz-driven riffs and reverb-drenched soundscapes not to be missed. Support from indie pop giants Me and the Moon, grab your tickets fast!

Giant Peach are a four-piece indie band from Brighton. Forming in 2018, they explore sounds that merge psychedelic grooves over canorous melodies and tightly packed harmonies, creating an indie-pop blend of fuzz-driven guitars and levitating 80s synths.

They released their debut single ‘Melatonin’ in June 2018 via Beth Shalom Records. In October 2018, they were shortlisted out of 600 applicants for the Firestone Road to the MainStage competition. They were also shortlisted for the Isle of Wight New Blood competition in 2019.

“As a unit, Giant Peach are incredibly tight live. They all stand out very well as individuals and work seamlessly as a team. They don’t focus on stage antics and don’t exchange much with the crowd. They let the music speak for itself… Giant Peach are very much a band worth your attention and worth getting excited about.” – Brightons Finest

+ support from ME & THE MOON

Rooted in folk music, the duo began in the south-coast. The pair craft catchy melodies, drawing upon influences of the C86 guitar movement, creating an aura of romantic innocence. Their latest single ‘It’s Alright’ was premiered by John Kennedy as well as gaining significant backing from BBC Introducing and being selected for Bandcamps New and Notable playlist.

Due to Covid-19 the bands spring tour was cancelled, however the band was still able to perform at The UK’s first Drive-In concert held this summer, with 2 sold-out headline shows in Portsmouth scheduled for November 2020