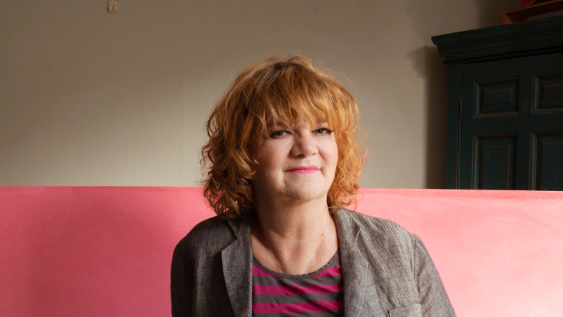 In celebration of upcoming debut record ‘I Play My Bass Loud’ out via Third Man Records in Feb 2023, Gina Birch of beloved band The Raincoats will be joining Melting Vinyl for this very special solo headline show.

As one-half of the Raincoats’ core duo since 1977, Gina Birch is a punk icon with a pop sensibility, an art-schooled adventurer who has painted, filmed, and performed by her own rules for over 45 years—using her visual art to tell stories, charging raw recordings with concepts. Her history converges onto her first solo album, I Play My Bass Loud, its title evoking her singular approach to her instrument as well as an ethos. She won’t hang back, or play a supporting role. She is now taking centre stage.Outside of her many accomplishments with pioneering feminist post-punk act The Raincoats, Birch has developed her artistic endeavours through embarking on a solo artist career.