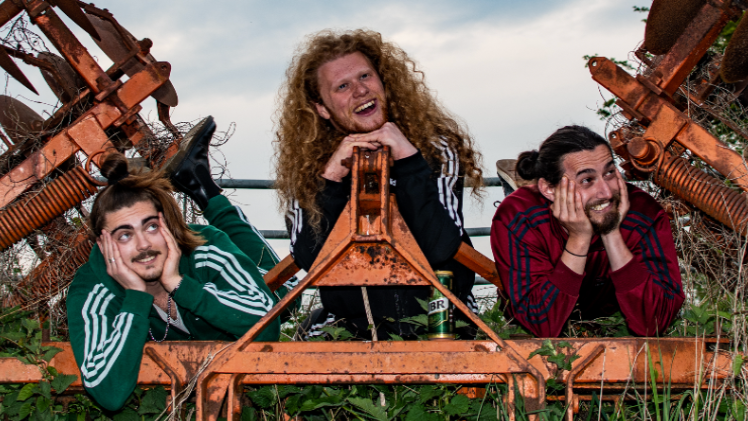 Three white-trash dudes from the fringes of society, hailing from the depressing, drug-addled rural communities of Cornwall, Devon and Lincolnshire. They have come together through various addiction therapy groups to create GURF – the meatiest, sweatiest and all around juiciest math/electro/weirdo metal band the UK has ever seen! Come catch us at a gig for an uncomfortable time!

Fighting Colours
A modern rock quartet based on the stony shores of Brighton. The tunes range from atmospheric & brooding to blistering & emotional, with catchy choruses & filthy riffs colliding in the spirit of Biffy Clyro, Arcane Roots & Marmozets. New single Your Choice Now (out on 16/09), a highly-charged track about massive decisions at critical moments, is a progression of the band’s sound and a taste of things to come. Come down and bask in dem riffs!

Carbon Theory
Emerging from the depths of the South East, Carbon Theory formed in Brighton through the rocky and dire months of 2020. The 4-piece modern metal instrumentalists fuse together weaponised riffs and barefaced dissonance with their debut single ‘Vector’. Taking inspiration from a plethora of a-tonal music, Carbon Theory aim to leave their own chaotic mark on the musical field.