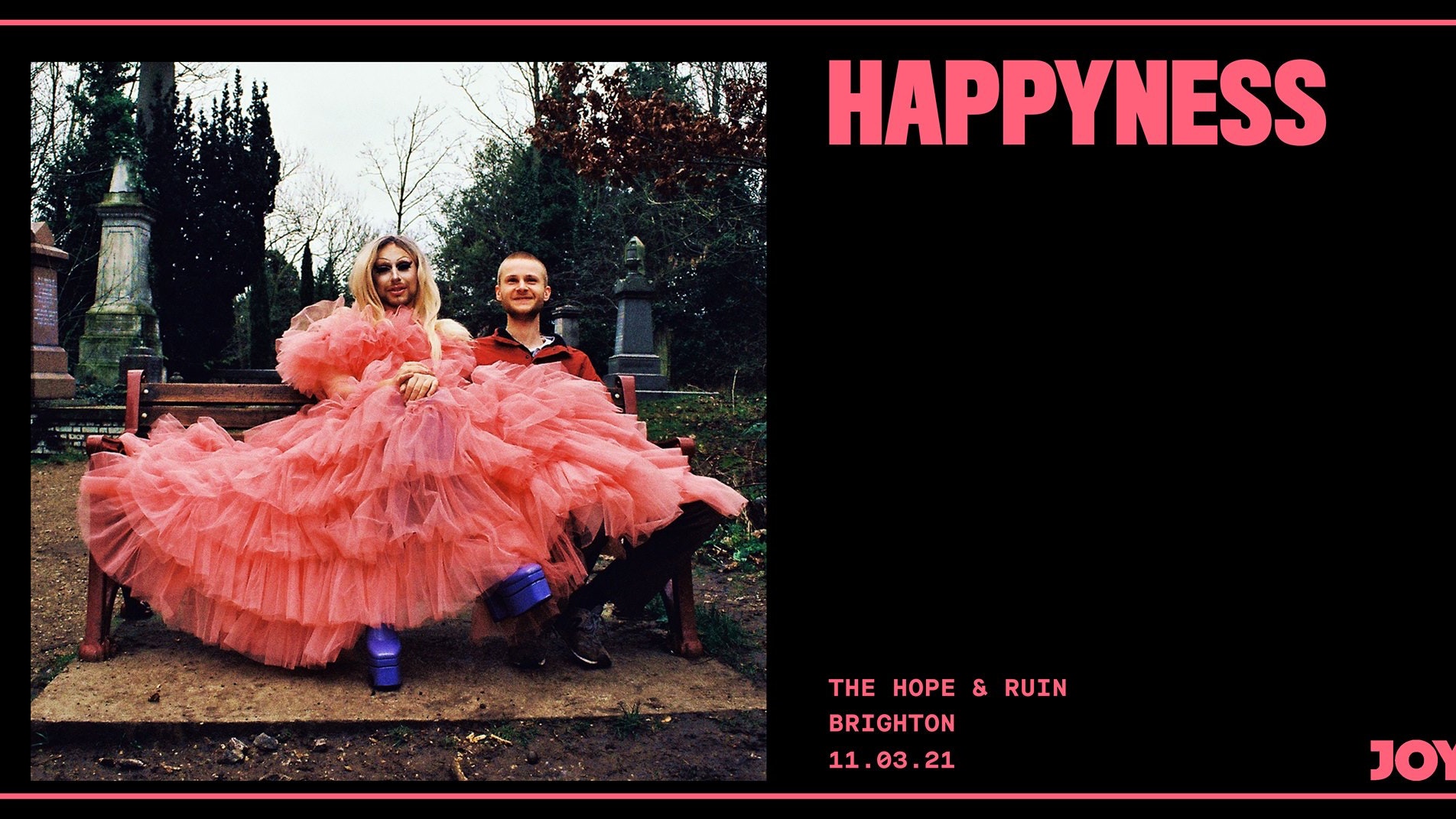 Please note the date change. This show was originally meant to happen on the 7th Oct 2020, but will now take place on the 11th March 2021. Original tickets remain valid.

The ever evolving HAPPYNESS return. Founded in 2013, the group – consisting of core members Jonny Allan and Ash Kenazi – have acquired consistency in the ways they express their creativity; be it the standard album release formula (their two LPs ‘Weird Little Birthday’ and ‘Write In’ have each accrued critical acclaim) or through Kenazi’s recurring South London based drag clubnight ‘BDE’. Their now signature alt-rock stylings are laden with vulnerable vocals and charmingly laid-back guitar riffs, treading similar paths to that of predecessors Yo La Tengo and Grandaddy.