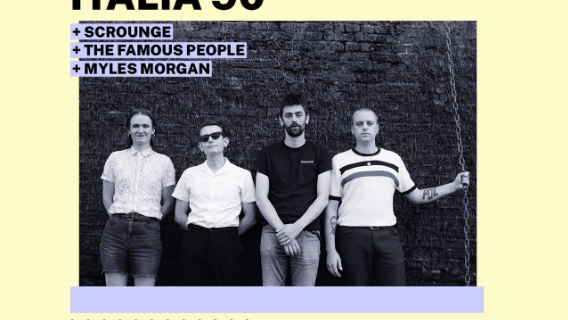 South London four-piece Italia 90 draw influence from various genres and scenes to make engaging, direct and distinctive music. Originally from Brighton, this group of childhood friends have years of international touring experience and have built a die-hard following across the UK and Europe. A string of singles and EPs have received critical acclaim from publications such as DIY, The Quietus and So Young, as well as extensive coverage on BBC Radio 6 Music – with Steve Lamacq in particular offering continued support.

Plus support from
Scrounge
The Famous People
Myles Morgan