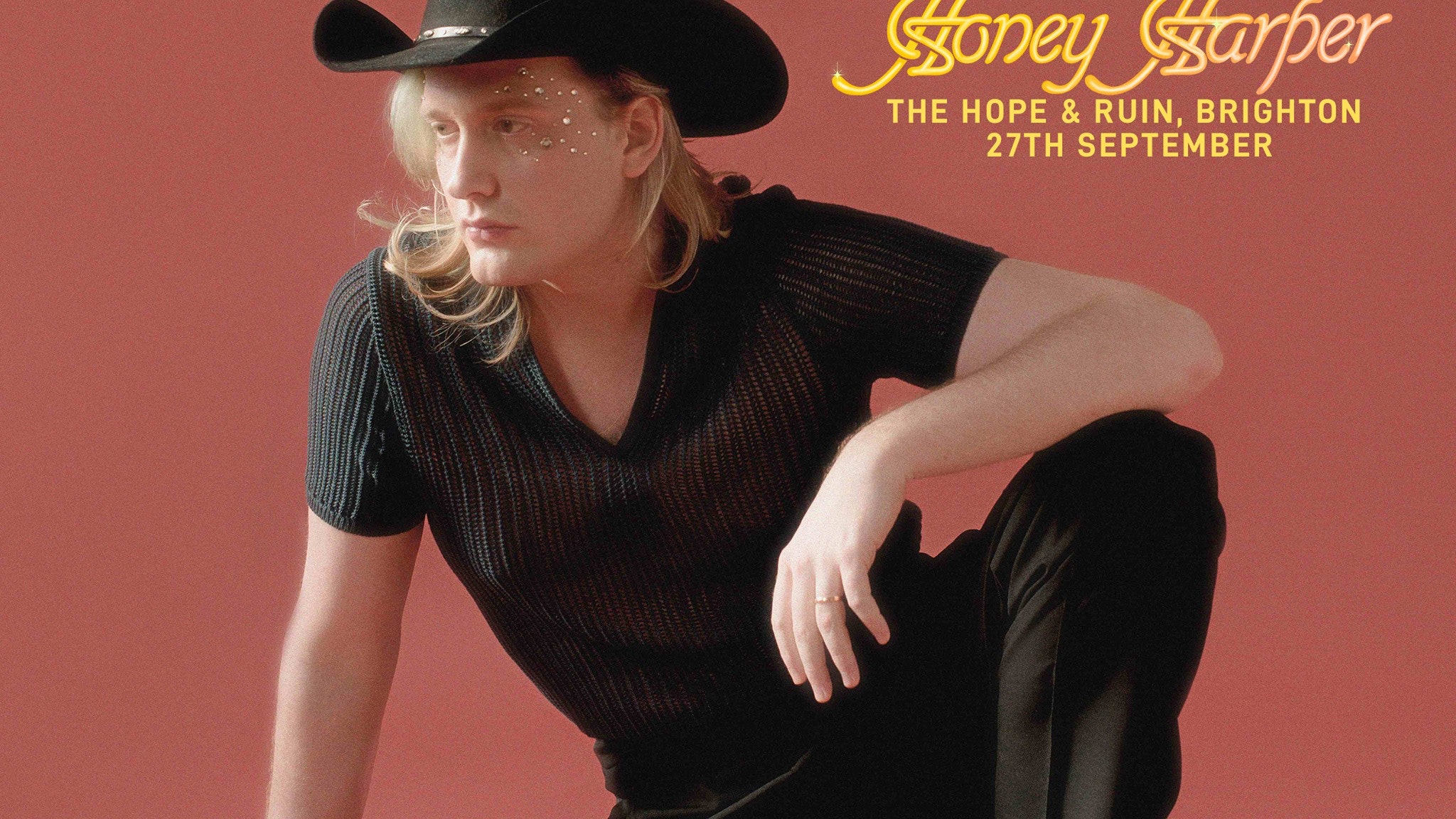 POSTPONED: Unfortunately due to the ongoing COVID-19 crisis, this show is being postponed. Statement from the artist here:

For the health and safety of our band and our fans we have to postpone our EU and UK dates due to travel restrictions and COVID-19. We were so excited to get out there and show STARMAKER to the world but we will have to continue waiting.

We are currently working on rescheduling the dates to a time when it is safe again for us all to be together and enjoy live music. Please note all tickets will be valid for the new dates once they are announced!

See you as soon as we can!

“Weightless in sound and heavy in feeling” Pitchfork

“Interstellar country that wraps itself around the horizon” Clash Magazine

Honey Harper announces a string of new UK headline dates in September 2020 to coincide with his rescheduled UK and Europe shows. The fall dates will be the first live performances since the release of his debut album, Starmaker, on 9 March 2020 via ATO Records.

The album itself is primarily about the journey to create it and follows his mysterious emergence with “Secret” from 2017’s critically-acclaimed Universal Country EP (Arbutus Records). The new album’s self-awareness is largely the result of Harper’s inner monologues about his fear of failure, desire for success, and the toll that journey has taken on him and his loved ones. It’s an attempt at honesty through the veil of a country singer lost in the stars. The album also features appearances from Sébastian Tellier, Austra, and John Kirby; the contrast of the songs becomes even more apparent and set Honey Harper apart to become the torch-bearer for a revitalized country sound.

Honey Harper will begin his fall touring with an appearance at Greenman Festival in Wales before setting out to Europe for his headline dates. He will join New Zealand singer-songwriter, Nadia Reid, for the shows in Germany before heading back to the UK for his hometown show in London, followed by the newly announced UK dates.
honeyharpermusic.com