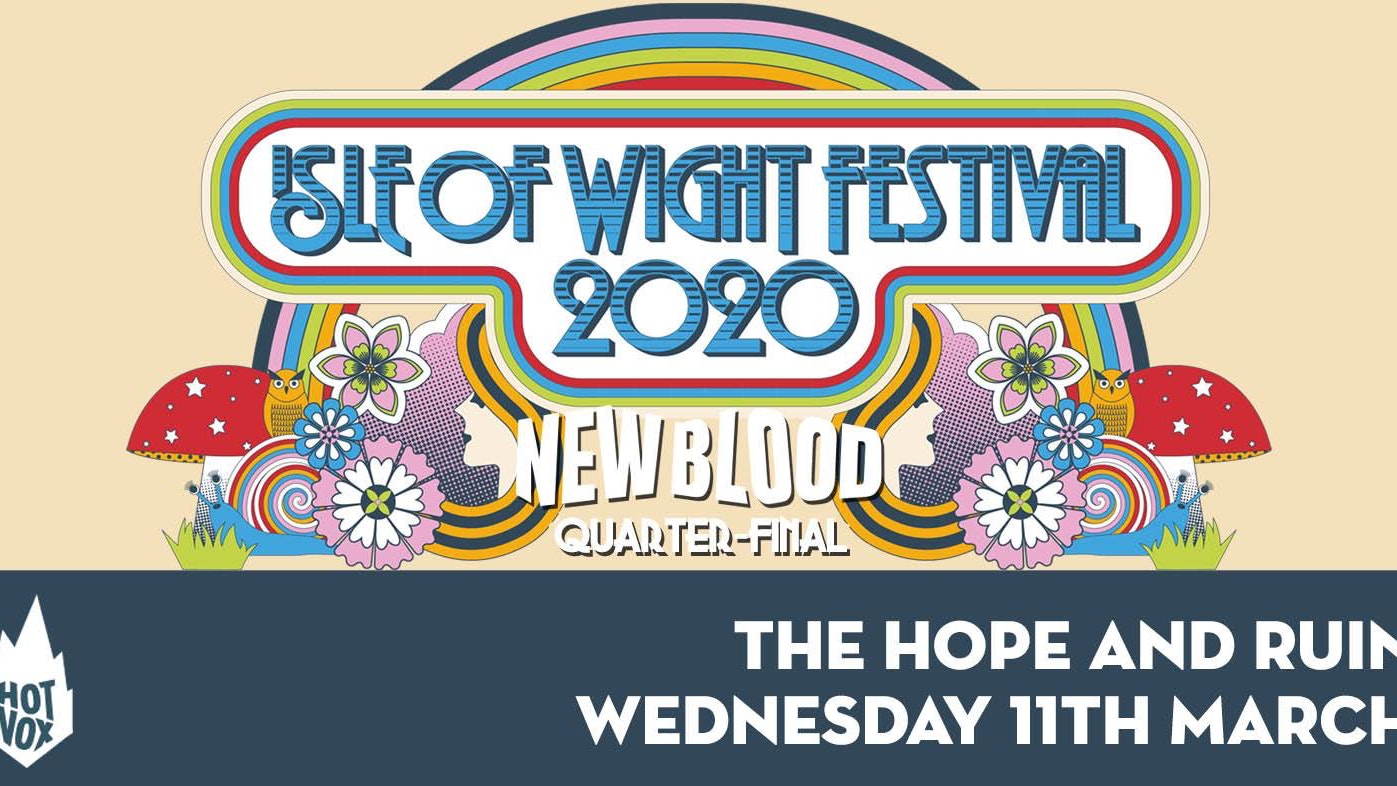 The Hope & Ruin
18+
Share
Buy from Fatsoma
Buy from Ticketweb

So make your voice heard and support your favourite act for their chance to perform at Isle of Wight Festival!