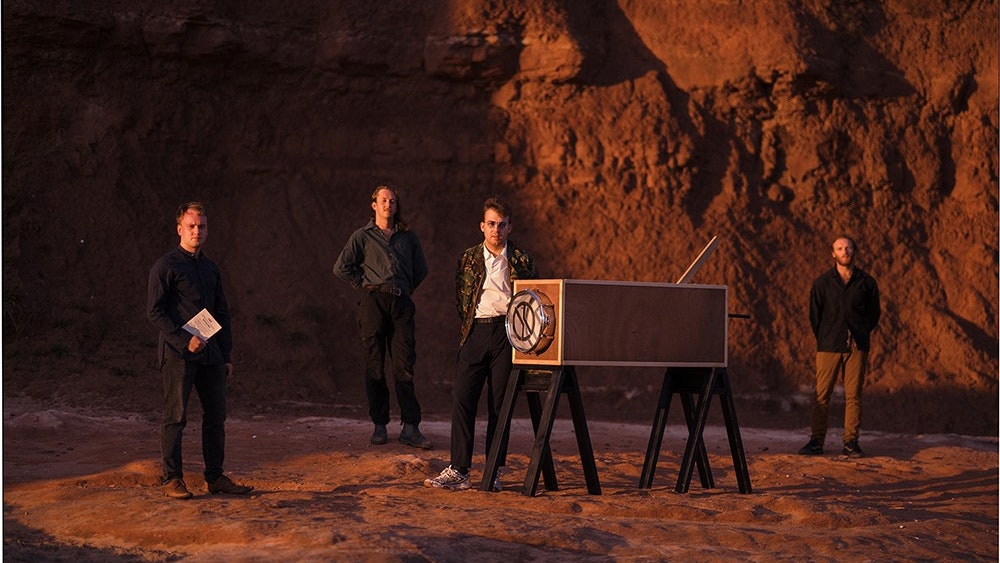 Formed in Bristol in 2016, LICE first rose to acclaim with performances alongside The Fall, Fat White Family, Giant Swan, Shame and more. In 2020, LICE revealed a new conceptual and sonic direction, which they had been developing since 2018. Marrying a complex new sound (incorporating industrial, minimalism and prog) influenced by Bristol’s vital avant-garde scene, their work would present a new set of satirical doctrines and focus on lyrical experimentation. This was revealed with the singles ‘Conveyor’ and ‘Arbiter’, emerging to plaudits from The Guardian, Loud and Quiet, Line Of Best Fit, Hero, BBC Radio 1, BBC 6Music, Radio X, Beats 1 and others; a limited cassette run of ‘Conveyor (Remixes)’ by members of friends Working Men’s Club, SCALPING, PVA, DITZ and Bo Gritz was released in May 2020.

Their debut album ‘WASTELAND: What Ails Our People Is Clear’ is a concept album featuring a noise instrument hand-built by the band (Intonarumori). ‘WASTELAND’ argues that by unsettling the conventional role and form of the song lyric we can build a more constructive, nuanced kind of satirical music, better equipped to deal with implicit forms of bias and iniquity and iniquity. Also set for publication as a standalone piece of short fiction (melding science fiction, absurdism and magic realism), ‘WASTELAND’ is a Burroughsian adventure populated by time-travellers, shape-shifters and ectoplasmic spectres. The characters’ moral transformations are paired with typographical transformations: the prose warping into cut-ups, soliloquies and even plays.