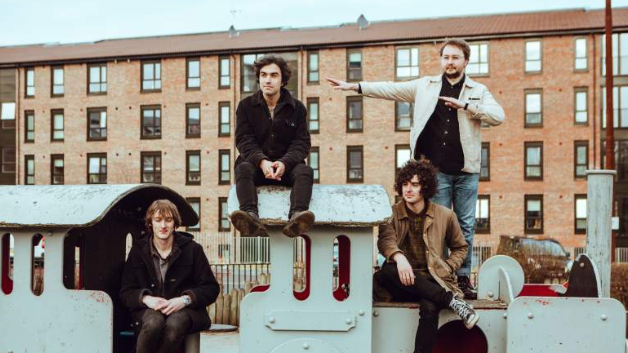 Mush formed in 2015, first as a five-piece noise band with three guitars. Mush’s MO has changed a lot since then as the band continues to hone their sound. On 3D Routine the sound centered around the interweaving, duelling guitars of Steven Tyson and Dan Hyndman. Since Tyson’s death, Hyndman has contributed all of the guitars for Lines Redacted and new album Down Tools. Recent recruit, Myles Kirk is now on second guitar duties ushering another new era for the band, joining Dan plus Nick Grant (bass) and Phil Porter (drums).