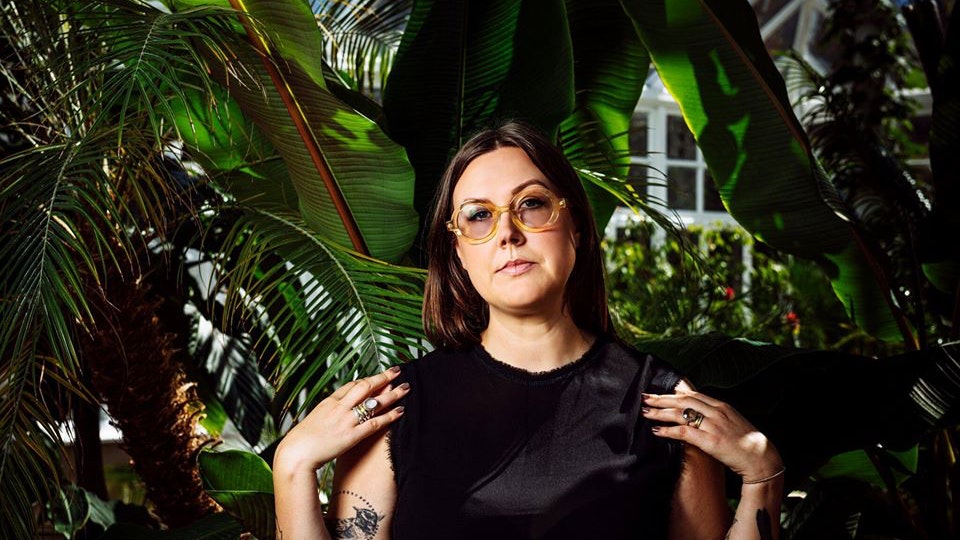 POSTPONED: Due to the ongoing COVID-19 crisis, this show is being postponed. More details on a new date soon.

No one ever got anywhere by standing still. As an artist, you must move to grow. It’s a sentiment Nadia Reid knows well. Leaving her beloved New Zealand for America to record her third album with strangers, what she didn’t expect was a family awaiting her; teaming up with Spacebomb, her evocative travel tales push explorations of love, personal growth and deep reflection beyond boundaries she ever thought possible.

“Out of My Province is definitely a travelling album; they are road songs,” tells Nadia, of the album, written during a period of intensive touring following the release of her critically acclaimed LP, Preservation. “I felt inspired while I was moving and playing most nights. Sometimes good. Sometimes hard – there was this term I came up with called ‘digging for gold’ where some nights, you’d need to dig deeper for that feeling. During that time I felt really alive and useful.”

Therein is what marks Nadia Reid as more than a wandering troubadour. For her, making music is necessity and through it, she has found her place in the world. As doctors save lives, true artists contemplate their purpose on earth and like sending a postcard to her hometown of Port Chalmers, Out of My Province further marks Nadia’s wildly expanding trajectory, this time from outside her comfort zone; her dynamite vocal soothing souls to offer her own kind of healing. “As an artist, progression is key. I want to always be changing, pushing boundaries, to feel growth. It’s good for us,” she says. “For me, places are about people. If I connect with a person, I’ll remember that, more than an historic building or view. It’s my reason for doing this.”

Between European tours, appearing on Later…with Jools Holland and singing with the Auckland Philharmonia Orchestra, Out of My Province is the sound of a young artist growing in profile and dexterity before international audiences and whose world has changed before her eyes. “I took myself to the Amalfi Coast in Italy for two weeks. To get really alone. And to write. That’s where I wrote ‘The Other Side Of The Wheel.’ That experience bled into a lot of future writing.”

Further travelling ensued when, sparked by the enthusiasm of Spacebomb’s Ben Baldwin after catching her set at Green Man Festival, Nadia found herself on a long transatlantic phone call with co-producer Matthew E. White. “After that, I had a good feeling in my gut,” she recalls. ”We got along really well. To know a group of people in Richmond, Virginia, felt so passionately about working with me was so crucial.” Finding herself halfway across the world and only a nearby Kiwi pie shop with its Kiwiana-themed delicacies and flat whites to combat any threatening signs of homesickness, Nadia took to Spacebomb studios with long-term “musical rock” and guitarist Sam Taylor. They joined Cameron Ralston (electric and upright bass), Brian Wolfe (drums) Daniel Clarke (organ, piano, and keys), and producer Trey Pollard, who would arrange strings, horns, piano, and Rhodes to give the album a depth in sound Nadia had always imagined; “When we arrived it felt natural and good. Trey had a strong vision. At times, stronger than my own. I sort of blindly ambled in. I wrote the songs and believed in them. That’s all I really knew. Everyone was extremely welcoming and positive.”

Completed in her hometown, Dunedin, “Best Thing” recalls PJ Harvey’s tender moments, and rolling country ballad “High & Lonely” observes her journey with immaculate maturity, as she sings “They say that suffering will make a woman wiser / I have been asked if I am some sort of survivor / All I know is I have kept myself steady / I walk that line between the darkness and the ready.” Elsewhere the smooth waltz of each string soars on “All of My Love” – a modern romance written after a New Year’s Eve in Levin – and the freewheeling “Oh Canada” was inspired by her favourite artists Rufus Wainwright, Joni Mitchell, Leif Vollebekk, and Andy Shauf. “A lot of the world can appear so sad at times but on the other hand, life is so tender and beautiful; art, music, and nature become our balm. Watching people sing and dance heals me. Walking in the hills heals me. I feel privileged to be a part of that healing.”