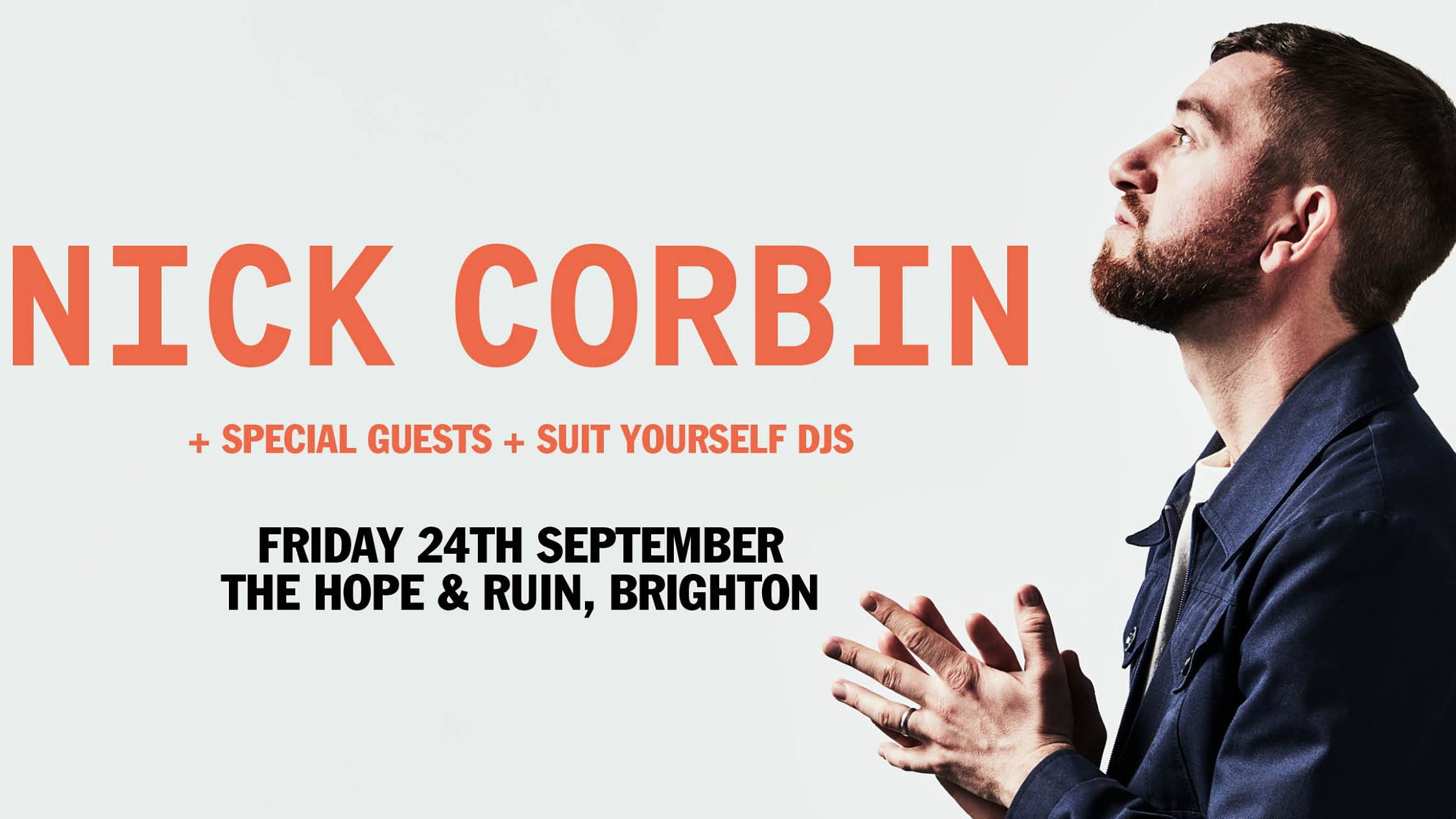 Until February 2018, Nick Corbin was the singer and main songwriter of New Street Adventure, who released two albums on the legendary Acid Jazz label: “No Hard Feelings” in 2014 and “Stubborn Sons” in 2017. Nick was brought up with soul music constantly playing in the background, thanks to his Father’s love for the genre and obsessive collecting of rare records.

Over the years the band received critical acclaim from the likes of Q Magazine (4/5 stars for album two) and The Guardian’s Tim Jonze, who praised Nick as having “an innate understanding of classic soul songwriting”.
Corbin returns with his debut solo album, “Sweet Escape”, produced by Gavin Monaghan (Editors, Paolo Nutini, OCS, The Twang, Robert Plant) at Magic Garden Studio in Wolverhampton and the record is due for release in June 2020.

Despite the soulful roots in Nick’s music, his voice remains distinctive and unmistakeable. Q’s Paul Moody referred to him as “a mod Mike Skinner”, whilst comparisons to Paul Weller and, more recently, Tom Misch have frequently been made.
Expect an eclectic set of hard-hitting tunes cut with a notably British edge, backed by full band – Florian Bel’s JMNI Collective!