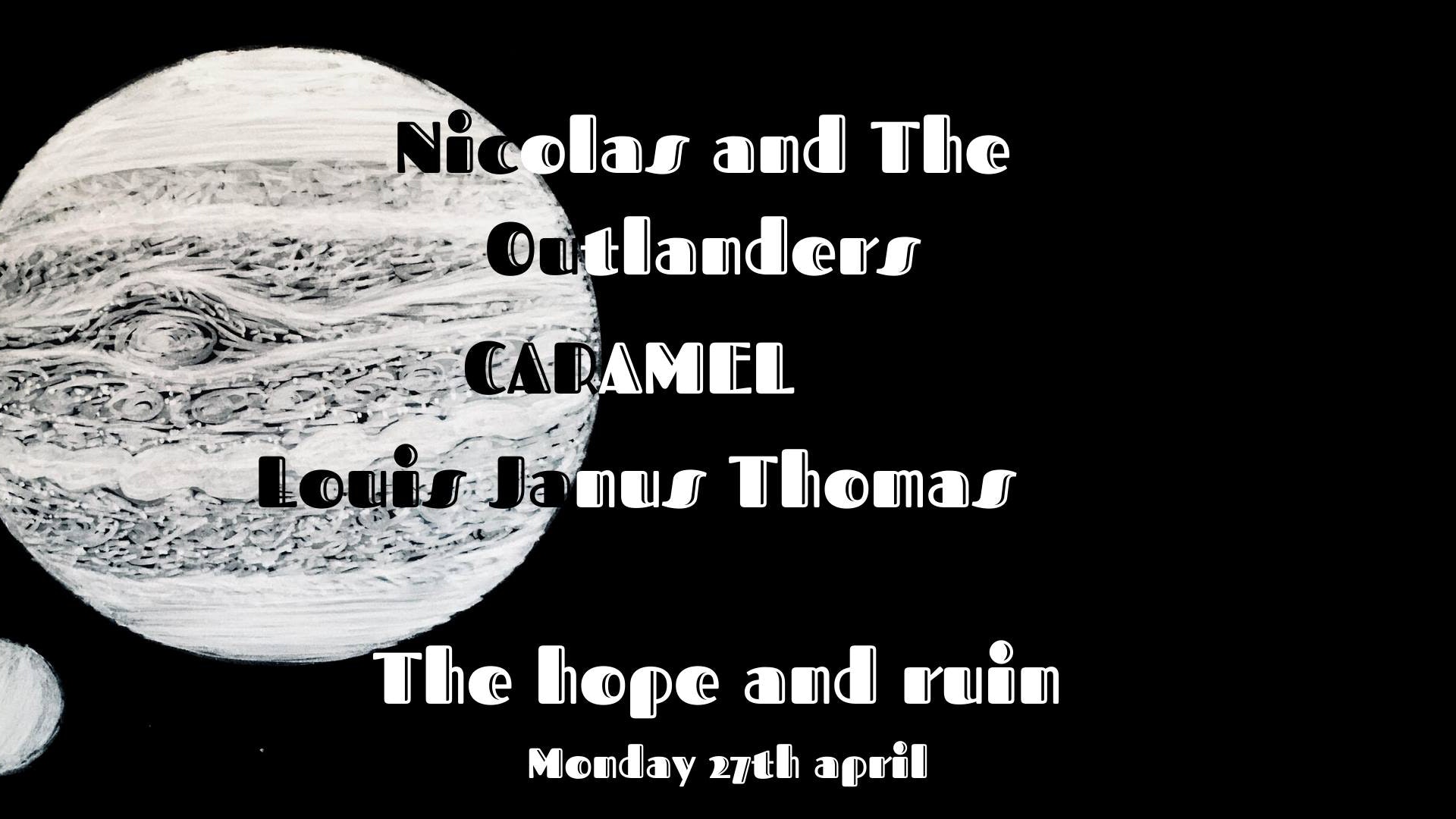 CANCELLED: Unfortunately this show has been cancelled due to the ongoing COVID-19 pandemic.

Nicolas and The Outlanders are headlining the Hope and Ruin on the 27th of April, supported by the amazing Caramel and Louis Janus Thomas.

Nicolas and The Outlanders// @nicolasandtheoutlanders

Nicolas Beguin is a professional guitarist and singer-songwriter from Belgium. In 2017 he moves from Namur to Brighton in order to fulfill his musical career. In 2018, he is joined by talented musicians from all around the world: his « Outlanders”. Mixing various inspirations “Nicolas & the Outlanders” is an original Blues/Rock Psychedelic band. Being influenced by artist like Pink Floyd, Joe Bonamassa, or BB King, “Nicolas & the Outlanders” offer an exclusive experience to their audience. They released their debut single on the 8th of November 2019 gathering two songs: « Start to Dance » and « Call Me What You Will ». Both songs convey different vibes but reveal a unique contrast.

The caramel sound can be characterised by its raw energy. The band offers a mix of spontaneous, exciting improvisations and intricately designed songs, written by the lead singer, Jamie Broughton. Peter Goldbach’s thunderously compelling rhythms, and James Virtue’s confident, striding bass lines, fuse to create a tight, refined back drop; a canvas for the wild, explorative, weaving guitar musings of Olly Parkes.

With a knack for cryptic lyricism, complex layering & harmonic development Louis is a solo artist, songwriter & record producer currently based out of Brighton, England. Having established himself with his debut, “Latino Booty Sunrise” Louis now seeks to develop his artistry into darker, unchartered waters.