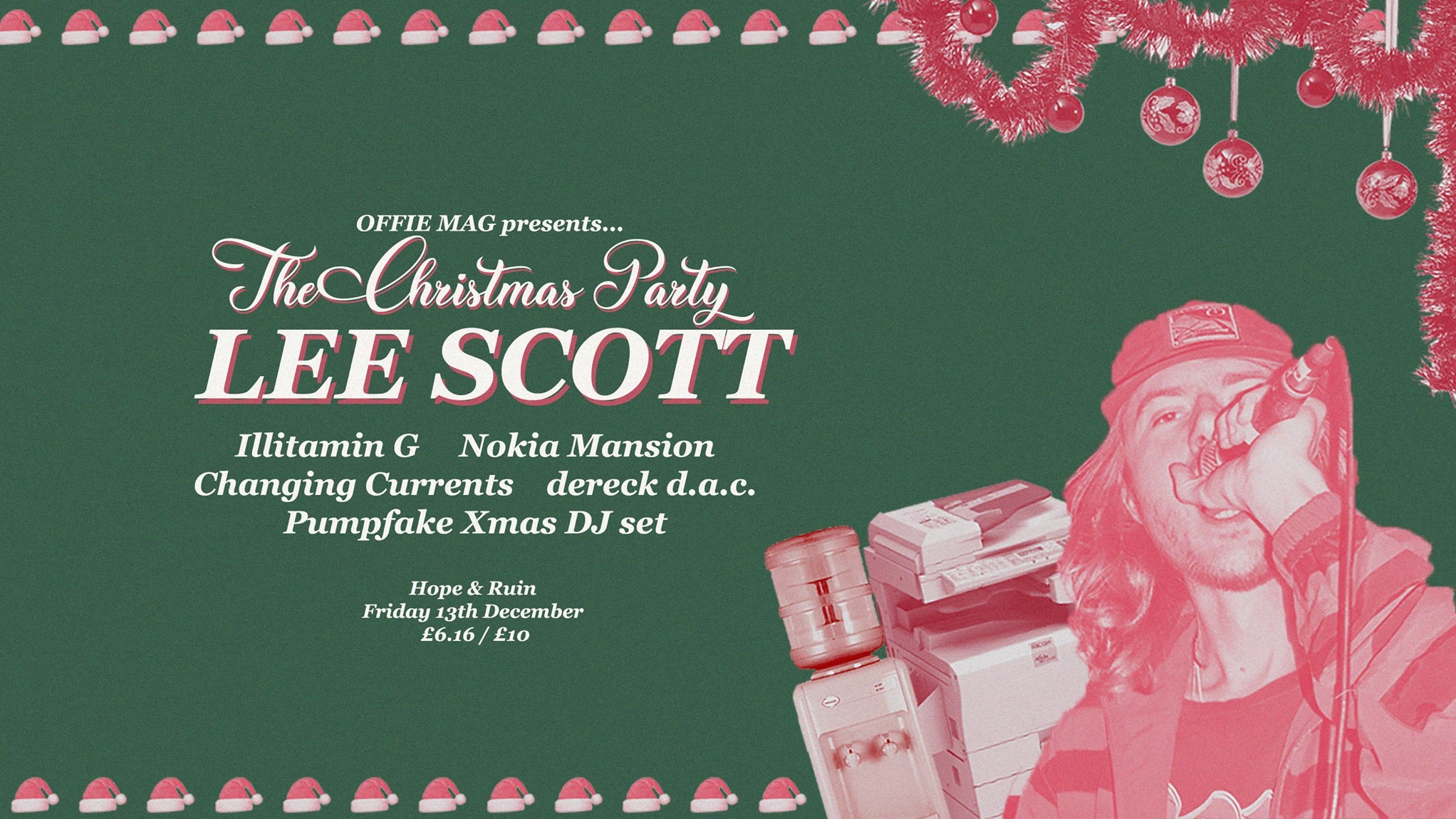 We’re doing one final hip-hop event before the decade ends with Offie Mag’s Christmas Do. We want to see ties round heads, your best work shoes and your best Christmas earrings.

We’ve got physical tickets for sale for this event, available via: WWW.OFFIEMAG.BIGCARTEL.COM. In honour of our headliner, LEEZUS CHRIST, a limited run of tickets will cost just £6.16.

British hip-hop royalty. Lee was one the first ever issue of Off Licence Magazine and we’ve been trying to book him for a show ever since. We’ve got him. So expect all of your favourite Leezus hymns from the Blah Records legend.

I’m tryna, feeeeel, warm insiiide. Nanshen have been making a lot of noise in recent months. They were surprise special guests on the Lava La Rue tour and got played on BBC Radio 6 Music recently. They’re doing serious bits and will smash this set, too.

The thing about Changing Currents is, seeing one of his sets will often change your currents. The Brighton producer plays nothing but self-produced instrumentals and inventive remixes. He’s got production credits for the likes of Renelle and Keyah/Blu and will make you move your loafers.

‘Flyer than a try hard when they buy garms from Primark,’ Vitamin G and illiterate congealed forces for one of our favourite albums of the year. Representing Brighton staple, Yogocop Records, that tape blurred the lines between whatever the hell lo-fi is and hard-hitting hip-hop. Gonna be lovely to see live.

When dereck d.a.c. dropped his debut EP this year a lot of us with an ear to Brighton’s underground music scene stopped and applauded. From stealing pizzas to tracking his own journey across The Atlantic, Umm… Random Shit was easily one of our favourite projects of 2019. His live sets at Concorde and House of Vans weren’t bad, either.

When Brickcellphone and LILTHAIPRINCE stand behind some decks together, strange things happen. Anything from Dutch trap to Crazy Town can come from the speakers. Expect a bit of that with some Christmas sparkle. Life is a highway.