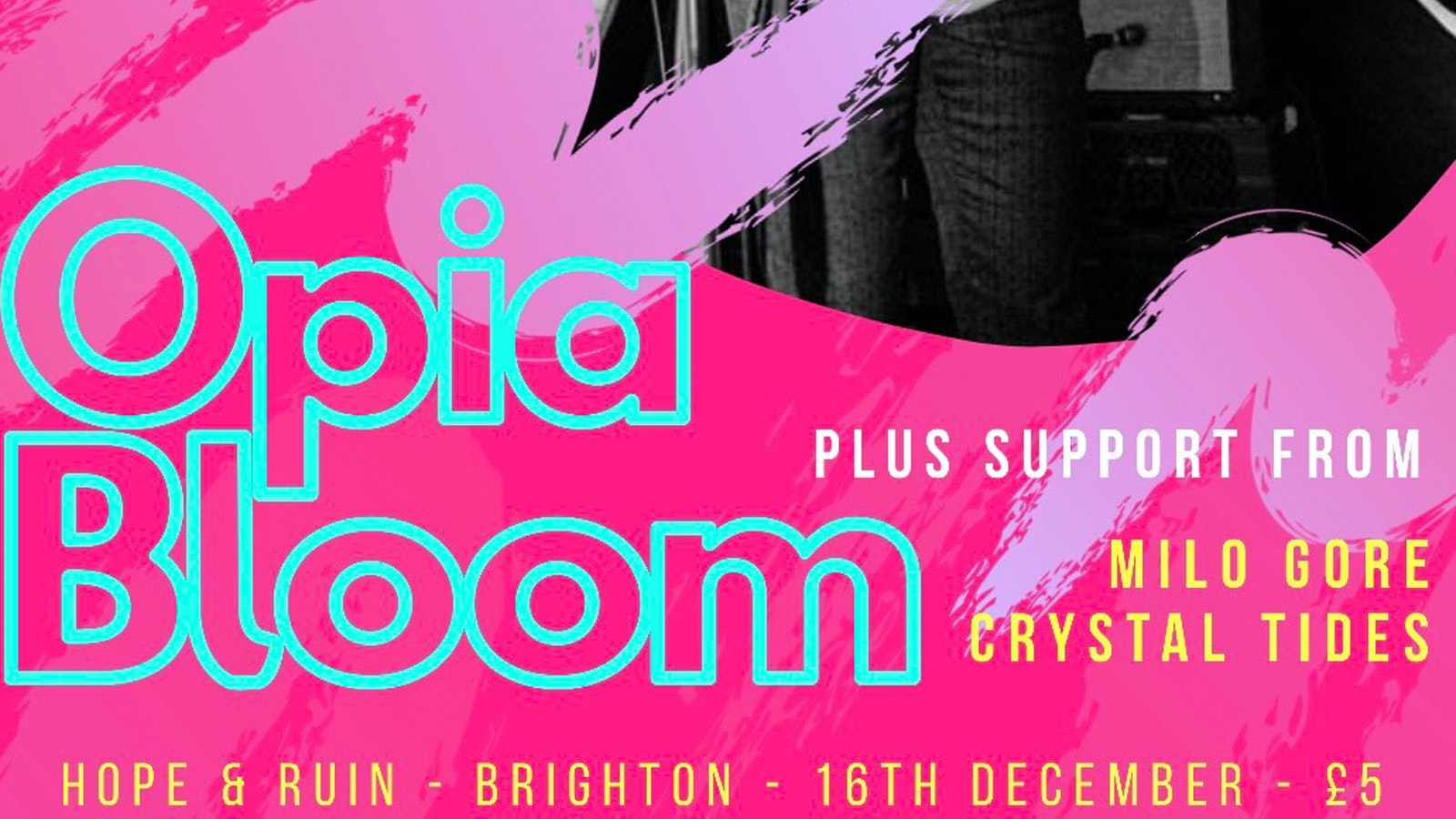 Opia Bloom
Opia Bloom are Calum Taylor, Sam Frost, Alex Howis, George Miller and John Bergin. Forming in 2017 and hailing from the sometimes sunny shores of Brighton. They had a successful first year of playing across the South East at some of the countries most legendary venues culminating in a slot supporting indie heavyweights Razorlight at The Indigo at the O2. In April 2018 the boys headed off on their first UK tour and released their debut single and music video ‘Fire’ with B-Side ‘Figure It Out’ – which premiered on One Stop Record Shop to rapturous reviews and earned them spots supporting bands such as The Magic Gang and Family Fiction.
Their second single & music video ‘Side By Side’ along with B-Side ‘Sun & Moon’ was released in December 2018 and boasts their second collaboration with producer Josh Harrison and director Taylor Fawcett. In early 2019 the band played two euphonious headline shows at The Hope & Ruin in Brighton and The Camden Assembly in London respectively, selling out Brighton and as good as doing the same in London.
Opia Bloom return with a new singer a new headline show and two new singles being released in early 2020.

Milo Gore
An intriguing mix of pop, punk and alternative rock influences, Milo Gore are a five-piece collective from England. Their debut album ‘How do you Cope Whilst Grieving for the Living?’ will be released early 2020. The band have since been recognised by BBC Introducing, performing at festivals across the UK including The Great Escape, Boardmasters and Burn It Down.

Milo Gore have since generated an outstandingly dedicated following, pushing plays above 200,000 on Spotify. Their debut EP’s Watch The Tide & Too Much Too Soon can be heard on all major digital retailers. Bursting with personality and raw lyricism, Milo Gore describes themselves as ‘rough around the edges, but forever powerful and genuine’.

Crystal Tides
Crystal Tides are an Indie Rock band based on the South-Coast of England, who take influence from classic noughties guitar riffs and modern feel-good pop melodies. The band have built momentum following the release of several successful singles and have sold out multiple shows in their hometown of Portsmouth and also in London. With George Regan creating a strong rhythmic foundation on bass, the band is completed by Harry Knowles on lead guitar, and Billy Gregory on rhythm guitar and vocals