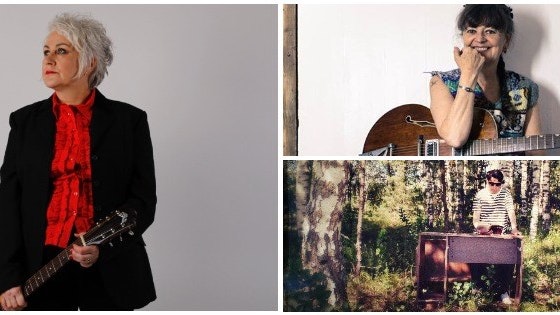 The Hope & Ruin
18+
Share
Buy from Fatsoma
Buy from WeGotTickets

PAULINE MURRAY.
Singer, songwriter, performer with PENETRATION and PAULINE MURRAY and the INVISIBLE GIRLS. Pauline will be performing a rare solo acoustic set featuring songs from her forthcoming album. More details to be announced soon.

JOHNY BROWN
Johny Brown is the vocalist with Band Of Holy Joy and presents the Bad Punk radio show on Resonance FM. He will be playing a solo set featuring a selection of songs old and new, and accompanied on the guitar by Helen McCookerybook

HELEN MCCOOKERBOOK
Helen McCookerybook was bass player with The Chefs and guitarist with Helen and the Horns. She now performs solo and has toured the UK extensively in the last ten years; she will be performing songs from 2019’s ‘Green’ album.

Tickets on sale now from wegottickets.com and Resident Music in Brighton.