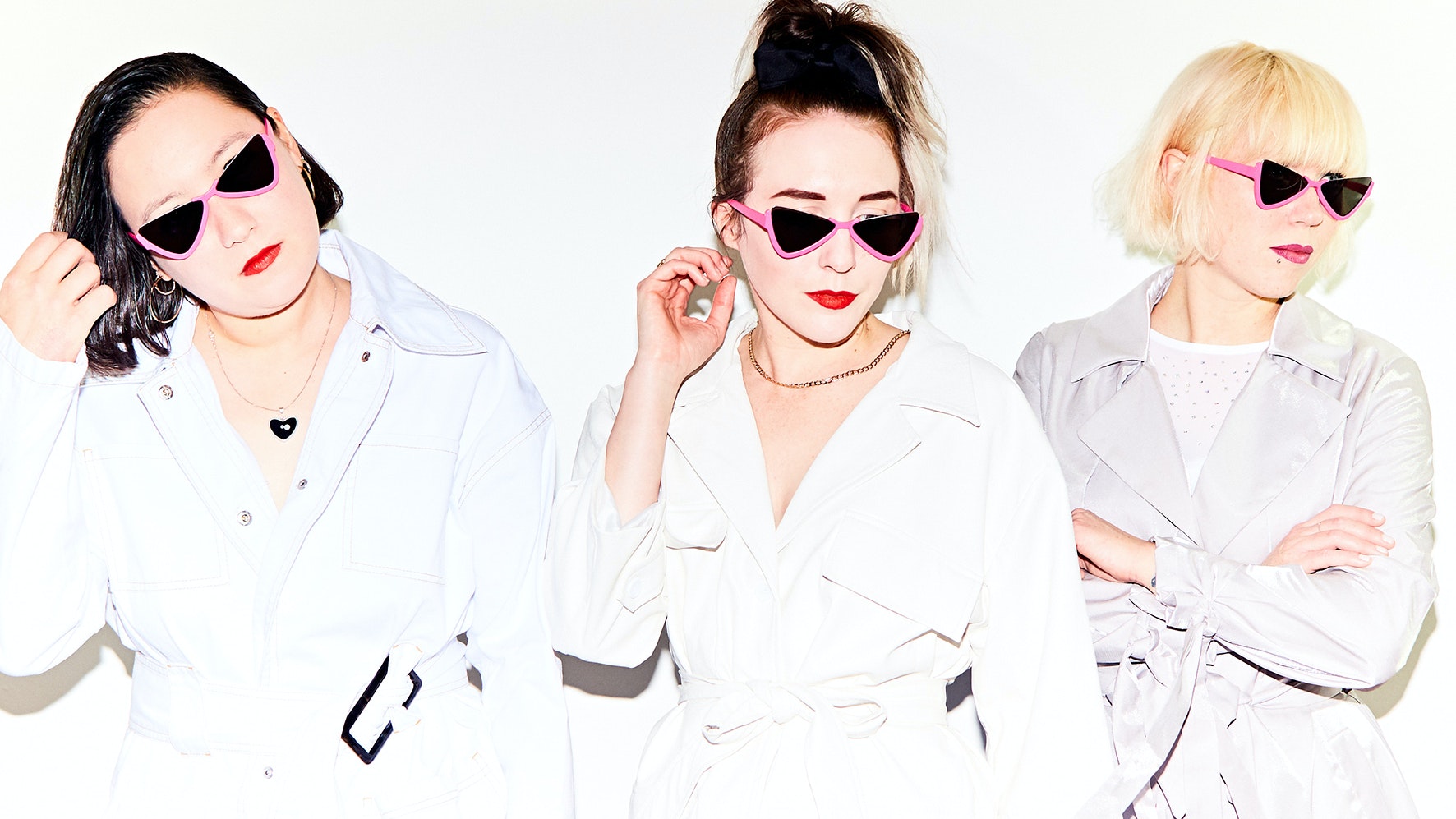 Melting Vinyl are thrilled to bring PINS to the Hope & Ruin

Founded in Manchester in 2011, PINS is an all-female band spearheaded by singer/guitarist Faith Vern. Channeling 60s girl group surf harmonies and post-punk garage their music has drawn comparisons to The Flatmates, The Darling Buds and Siouxsie Sioux.

Their quick selling first release, ‘Eleventh hour / AA. Shoot you’ on their D.I.Y label Haus of PINS marked auspicious beginnings for the band. This was quickly followed by a gig with Savages which brought them to the attention of UK indie label Bella Union, who released PINS ‘Luvu4lyf’ EP on 10” glitter vinyl to correspond with their first UK tour later that year.

Their UK and European tour for their vibrant debut album ‘Girls like us’ in 2013 included support dates with The Dum Dum Girls and The Fall. Their second album ‘Wild Nights’, a pop-injected grunge paean, was released in 2017 to wide acclaim, receiving extensive radio play including BBC Radio 6 live sessions with Marc Riley and Lauren Laverne.

’Hits the sweet spot between surf-pop and indie-rock.’ The Skinny

Their debut EP ‘Machine Music’ was released in 2018 on Cabbage’s Brassica records earned the band much-deserved recognition with numerous play from BBc introducing and XS Manchester.

While their music calls up a retro Krautrock vibe , they come slick with a newborn freshness – a dreamy indie-band for the modern age with shoe-gazey stars in their eyes.

Yellow Brain’s latest single ‘Fast Talk’, the first from their upcoming longer release, is out now on Whizzleberry Records.

‘What you get is ultra-modern electronica steeped in big beat and beautifully tripped out psyche with a pop twist.’ – Louder Than War