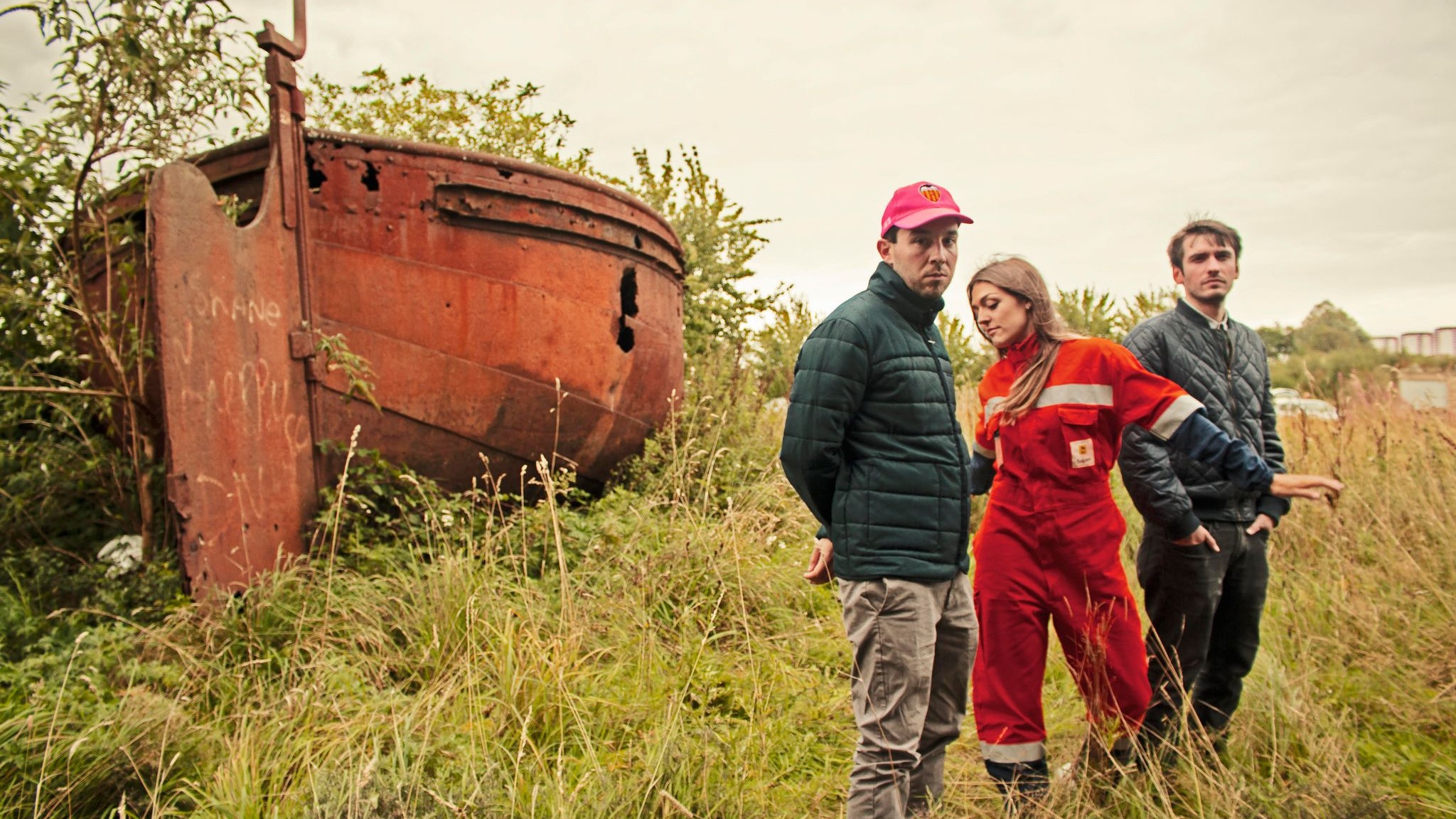 Love Thy Neighbour in association with Earth Agency present:

Pozi come steeped in the lineage of the very best weirdo British indie pop. The trio of drummer/vocalist Burroughs, violinist/vocalist Rosa Brook and bassist/vocalist Tom Jones have a skittish, restless energy. Despite drawing on influences such as Devo, Wire and Television, there are no guitars in POZI and the space afforded by the lack of this potentially domineering component is refreshing. Instead, there’s Brook’s violin that by turn swells and stresses, either buoying proceedings along or collapsing them into discord. Jones’ rough, scruffy basslines hold each song tightly together as all great bassists should do. Then there’s Burroughs’ sparsely-filled but frantically driven rhythmic repetition and his capital city yelp, words tumbling out as though desperately trying to get out of the way of the ones behind.

In addition to gambling addiction and debt, lyrical subjects on POZI’s 2019 debut album ‘PZ1’ range from the Grenfell Tower tragedy of 2017 to Chinese human rights transgressions to smartphone addition and poor mental health provision, Each are unpacked vividly. Burroughs is a colourful orator yet also direct and raw in his response to such sensitive issues. Although they share little in common musically, POZI unwittingly chime with current politicised UK indie acts du jour Idles and Sleaford Mods in distilling their anger into impactful mantra.

The band are cutting in their criticism but Burroughs is loath to posit the group as social preachers. “Our songs mostly have an observational standpoint,” he says, “just reflecting some current social and political situations. I don’t think they have a direct impact, but maybe ask a few questions.”

2020 saw the band tour with Dry Cleaning and the release of ‘176’ EP boasting five new tracks written and recorded over a fruitful five days at PRAH Studios, Margate. The band took a more expansive approach to the composition process, taking inspiration from the spatial and rhythmic sonics of electronic music and blending it with their existing unique sonic palette of drums, bass, violin, vocals…and as ever, no guitars.