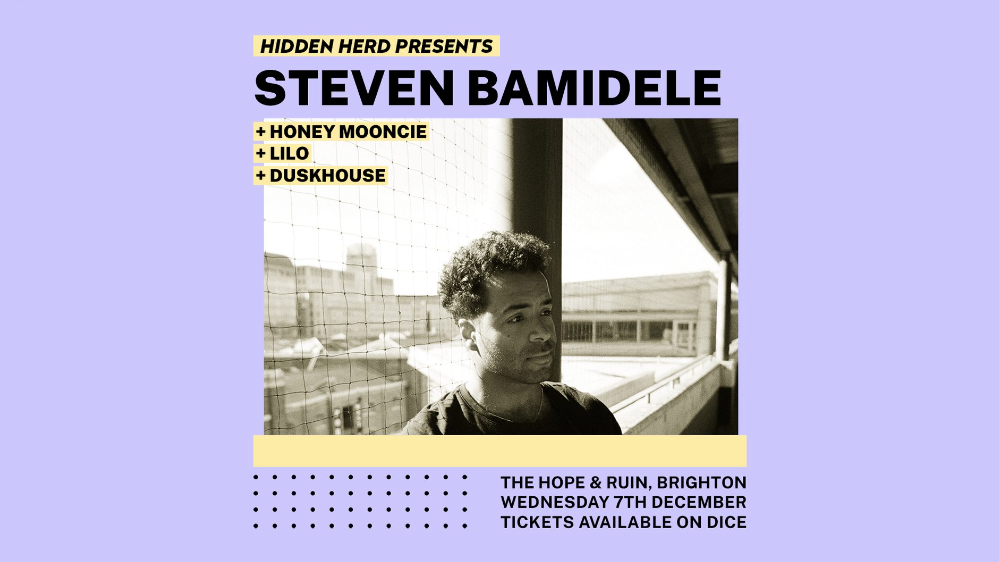 Backed by the likes of KCRW, BBC Radio and KEXP, Steven Bamidele is a gifted multi-instrumentalist, vocalist and songwriter with a unique voice who’s shifting soul music in an exciting new direction. The Brighton-based neo-soul artist has dropped a string of stunning singles and solo EPs since 2017, with the latest being the self-produced five-track EP ‘Uncrowded’ and its powerful follow-up single ‘Every Step’, both of which were released via Park The Van Records over the last year. Described as “neo-soul with raw edges”, his recent creations touch on a diverse range of topics, such as love and loss, death and social/political injustices.