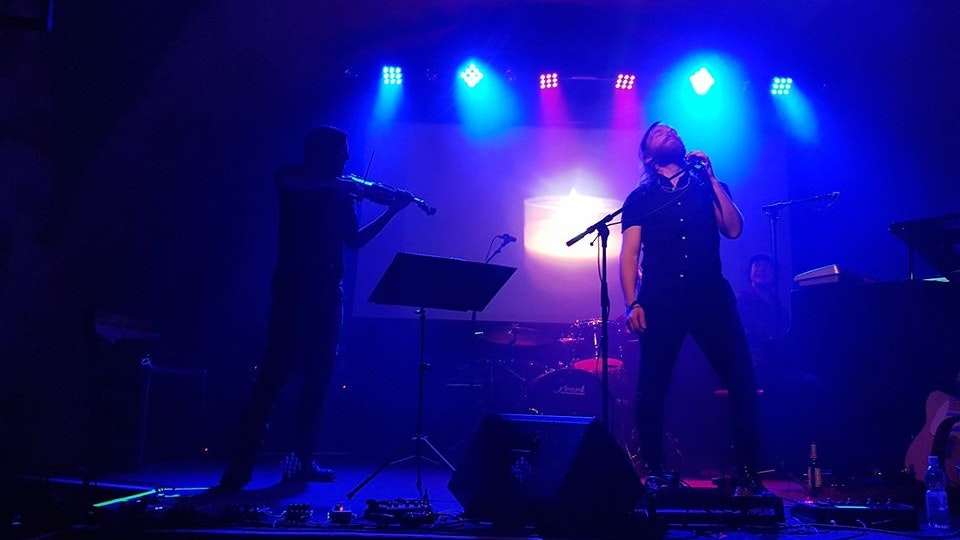 CANCELLED:  “It is with deep regret that we’ve had to cancel this event, for obvious reasons. Any advance tickets sold so far will of course be refunded. Be well, everyone.”

New-York-City-based composer best known from his work in very loud experimental bands Kayo Dot, Asva, Secret Chiefs 3, Vaura, maudlin of the Well, and many others, has been stepping out as a singer-songwriter in the past few years, notably with acclaimed albums on The Flenser, John Zorn’s Tzadik, and his most recent via Blood Music, They Are The Shield, has been lauded as a masterpiece by Driver’s longstanding fans.

This tour sees Driver premiering a new suite of progressive, aetherial numbers that evoke the guitar work of Bill Frisell, the atmospheres of Robert Wyatt, the cadence of Scandinavian folk, and the meditativeness and enigma of obscure cassette-based New Age.

Performing solo material for the first time in over a year, Nick Hudson here presents work from his upcoming solo record Font Of Human Fractures – fusing gothic electronica and existential chamber ballads, these emotionally raw and formally striking new songs will enjoy their premiere at this show in a trio with Kianna Blue (keys) and Lizzy Carey (violin).

Hudson both solo and with his goth dystopian ensemble The Academy Of Sun has earned accolades from Julian Cope, Meredith Monk, Mojo and The Quietus, collaborating with the likes of Asva, Toby Driver, Massive Attack’s Shara Nelson, and Matthew Seligman (Bowie, The Soft Boys).

”Ganymede’ remains a song-suite of liberation, violence and ambition that is rich in promise and dizzying in its potential.’- The Quietus