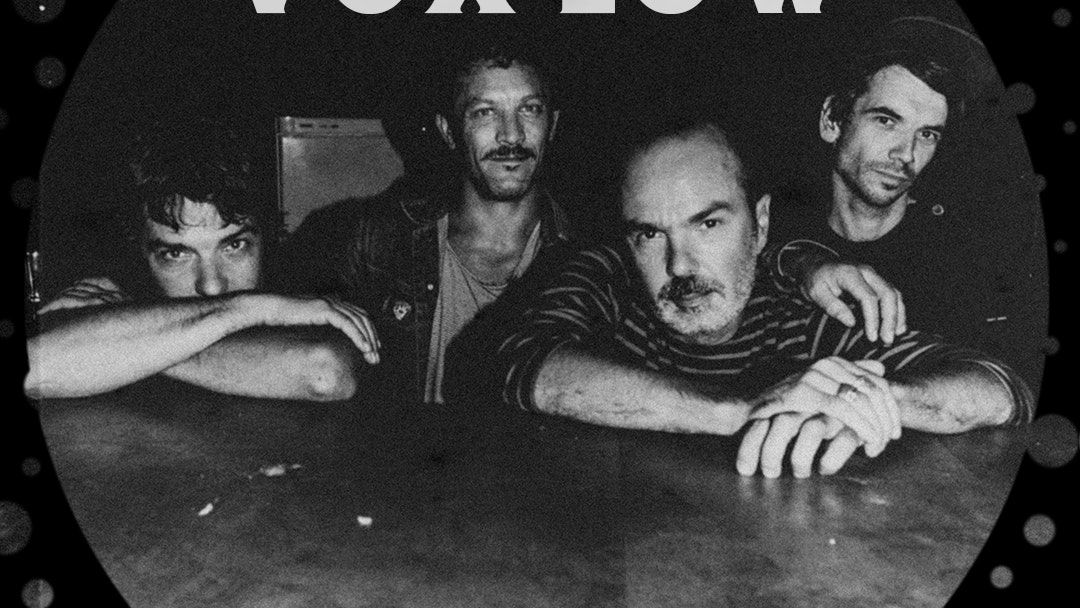 Vox Low
French krautrock / psychedelic rock / synthwave / new wave.An outline of Vox Low’s history: some Parisian disco and punk fans who took their shot as Think Twice during that hysterical period of Parisian ‘French Touch’ in the early 2000s. This movement, then marketed as an unprecedented musical revolution in the
country of baguettes and saucissons, turned out to be no more than a bling swindle worthy of Christophe Rocancourt: whatever you do, the bourgeoisie will always get by
fine in the end.This is a time for punk urgency, for depressed minimal Krautrock, for the great shamanic hypnosis. This bunch of greasers from the Porte de St Ouen area now perform as Vox Low, with Jean-Christophe Couderc (vocals and synth) and Benoît Raymond (legendary bass guitar, guitar, synth), later joined by Mathieu Autin (infernal drums and voodoo percussions) and Guillaume Léglise (savage SG guitar, synths as well) for setting up live performances. Indeed for Vox Low, stage performance is a founding act. It even has to do with pure ceremony, which quickly brought the band its cult aura. Seeing the combo on stage is an act of faith, a celebration of dark forces. Far from lazy live performances on Ableton, Vox Low is like an acid-house version of the Jesus & Mary Chain on stage.